GroupM, Awarded Media Group of the Year for the Second Year in a Row 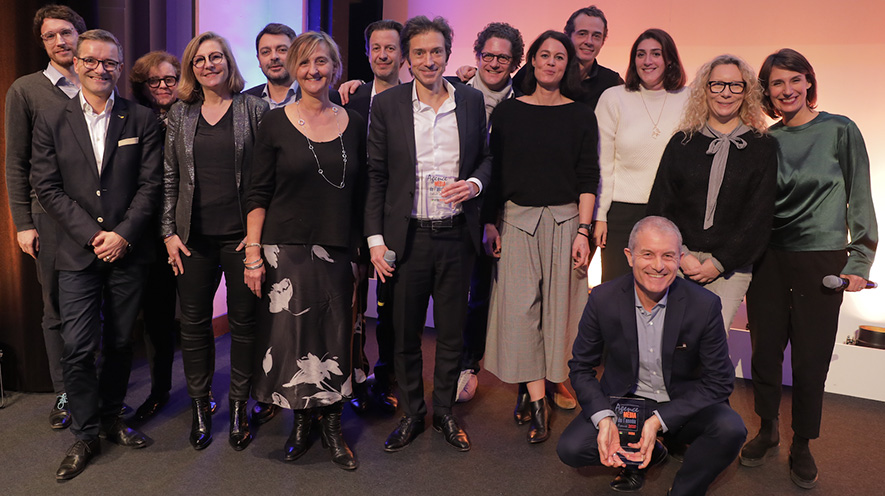 All GroupM agencies: KR Wavemaker, MediaCom and Mindshare, awarded by “Grand Prix Agence Media” of the year France by OffreMedia 2020

Paris, January 14 2020 - For the second year running, GroupM, has been named media group of the year and received the Progression Groupe Prize awarded by the “Grand Prix Agence Media” (the Media Agency Prize) of the Year by OffreMedia 2020. This prize, which has become a real reference in the media consulting sector rewards the quality of contents, the diversification of activities and the recognition of advertising agencies as well as advertisers.

"We are proud to have been recognized as the Media Group of the Year for the second year in a row and to see that all of our agencies have been awarded. These various prizes demonstrate the expertise and skills of our talents, working daily for our clients in the implementation of innovative communication strategies", explains Mathieu Morgensztern CEO of WPP France and GroupM France.

GroupM France was elected Group of the Year 2019 at the Media Agency of the Year Award. In 2018, GroupM France invested €1.640 billion in the media on behalf of its clients. Worldwide, a third of the media investment is made by GroupM. Find us on  Twitter, Facebook and Instagram.