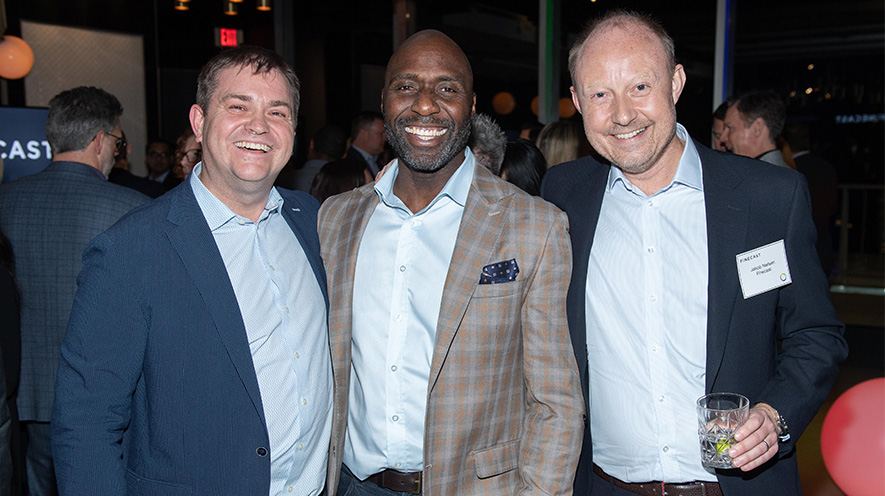 Not only are streaming services changing the way we watch television as we know it, but they are subsequently turning the medium’s revenue model on its head.

Gone are the days of placing an ad through a cable or network television show in hopes that your target market is watching. Now, addressable television allows us to really dig deep in finding that particular individual we know we want to reach. It allows for a healthier relationship between ads and consumer, sending specific content to individuals we know want to see it.

Last Thursday, Canada took the next step in its evolution of this interaction as GroupM launched Finecast, its U.K.-based addressable TV business, in the country to a packed house of clients and partners at a spectacular 51st floor venue overlooking Toronto.

“This isn’t an industry shift, it’s a whole new game,” said GroupM Canada CEO Stuart Garvie in his opening address. “When we marry the power of TV with this kind of targeting capability, we are fundamentally changing TVs place on the media plan - evolving it to be more than just an awareness tactic. This is a milestone moment in Canadian media.”

While this isn’t the first access to addressable TV in Canada, this is the first comprehensive offering that combines the inventory of multiple broadcasters and platforms into one plan. It’s a tremendously valuable offering for our clients and something that has been exceptionally successful in its two first markets (the U.K. and Australia).

Finecast Global CEO Jakob Nielson spoke about the growing brand and noted that being the third market in the world to launch Finecast signifies the innovative leadership of the Canadian media industry.

Over the course of the evening guests were entertained by an interactive Family Feud style gameshow calling on clients, partners, and agencies to publicly test their addressable TV expertise.

While addressable TV is new territory for many clients, if the energy and enthusiasm in the room for this launch is any indication of the market’s response, this is going to be a huge success in Canada. Click here to see more photos from Finecast’s amazing launch event.