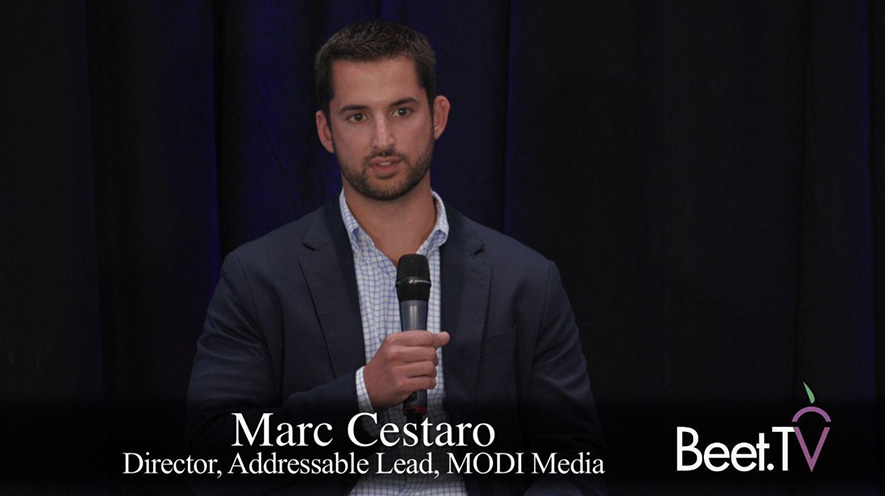 Some world-changing technologies explode overnight, others take years to burn so brightly. Addressable TV may be in the latter category.

The ability of marketers to target individual viewing households with specific messaging seems revolutionary. But, though it has existed for several years now and though consumer technology deployment is wider than ever, discussions from successive Beet Retreats suggest some advertisers are still getting up to speed, and are still yet to be convinced.

eMarketer recently revised down its 2019 forecast for US addressable TV ad spending, from the earlier $2.54bn to $2bn. The earlier forecast had pegged addressable spending at just 3.7% of total US TV ad spend in 2019.

Whilst that was attributed to connected TV platforms gaining a faster share of spend than traditional MVPD platforms will, we continue to hear brand views at both ends of the spectrum… from skepticism that addressable presents any brand benefits, to brands needlessly hoping to fine-target audiences.

At Beet Retreat in the City, “We’re Going Local!”, an executive from a company which has been a canary in the mineshaft for addressable TV said he sees varied willingness on the part of brands.