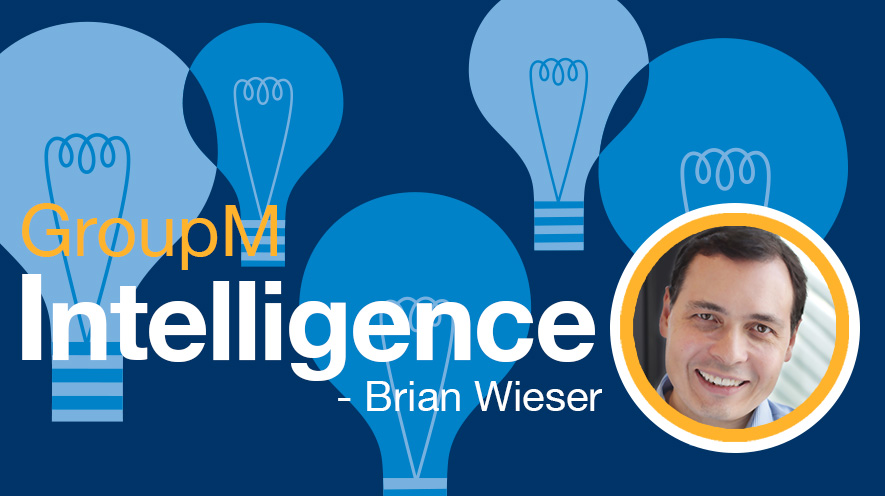 A significant volume of virtual ink was spilled over the past week questioning why Alphabet’s revenue growth decelerated.  Alphabet, the parent company of Google, recorded its lowest rate of annual advertising revenue growth in several years during 1Q19, at around +15% vs. 4Q18’s +20% (and rates of around +20% over most quarters in the past three years). On a constant currency basis, advertising growth was probably closer to +17% in 1Q19 and closer to +22% in 4Q18. While rapid in its own right, the pace of deceleration was below analyst expectations. There was much speculation about the underlying reasons with seemingly little appreciation for the likeliest of them.

Deceleration was widespread among sellers of digital advertising.  Alphabet’s deceleration was not dis-similar from what almost every other scaled digital media owner printed with their own earnings results in the past couple of weeks.

Digital endemic companies are decelerating more broadly, largely because growth from a big base necessarily produces slower calculated growth rates. Companies which are endemic to digital media, whether ad-supported or not, are generally decelerating. This also should not be surprising: as their share of the economy continues to grow and gets closer to some natural limit, revenue growth will be slower.  For example, we already saw e-commerce decelerating throughout 2018, with US growth trending down from +16% in the first quarter of the year followed by +15% in 2Q18, +14% in 3Q18 and +12% in 4Q18.  While 1Q19 data is not yet available, we can see the deceleration trend with Amazon, where online stores decelerated from +14% in 4Q18 to +12% in 1Q19; Third party-seller services decelerated more significantly, from high 30s growth rates earlier in 2018 to +28% in 4Q18 and +23% in 1Q19.  Beyond e-commerce there is deceleration as well: Netflix domestic revenues decelerated from mid-20s growth earlier in 2018 to +22% in 4Q18 and +14% in 1Q19, while international revenues also fell off, albeit from much higher levels given the company’s expansion into markets beyond the United States.  We would expect to see similar trends when key companies in online travel or ride-sharing report their first quarter results as well.

Advertising represents a relatively stable – or possibly slightly declining – share of total revenue for individual companies, whether digital endemic or not.  For these companies as for others, advertising growth will generally track to revenue growth.  If the digital endemic marketers who dominate digital advertising see deceleration in their businesses as described above, we have another reason why advertising spending growth from this group of companies will generally decelerate. That trend is exacerbated as digital endemic companies generally broaden their media mixes beyond the digital advertising (which will have accounted for the bulk of their spending in earlier days) to include growing amounts of non-digital media in their spending plans.   In recent years, this trend has been partially offset by non-digital-endemic marketers shifting spending into digital media, but these marketers also have limits regarding the share of spending they will want to allocate to digital media owners. 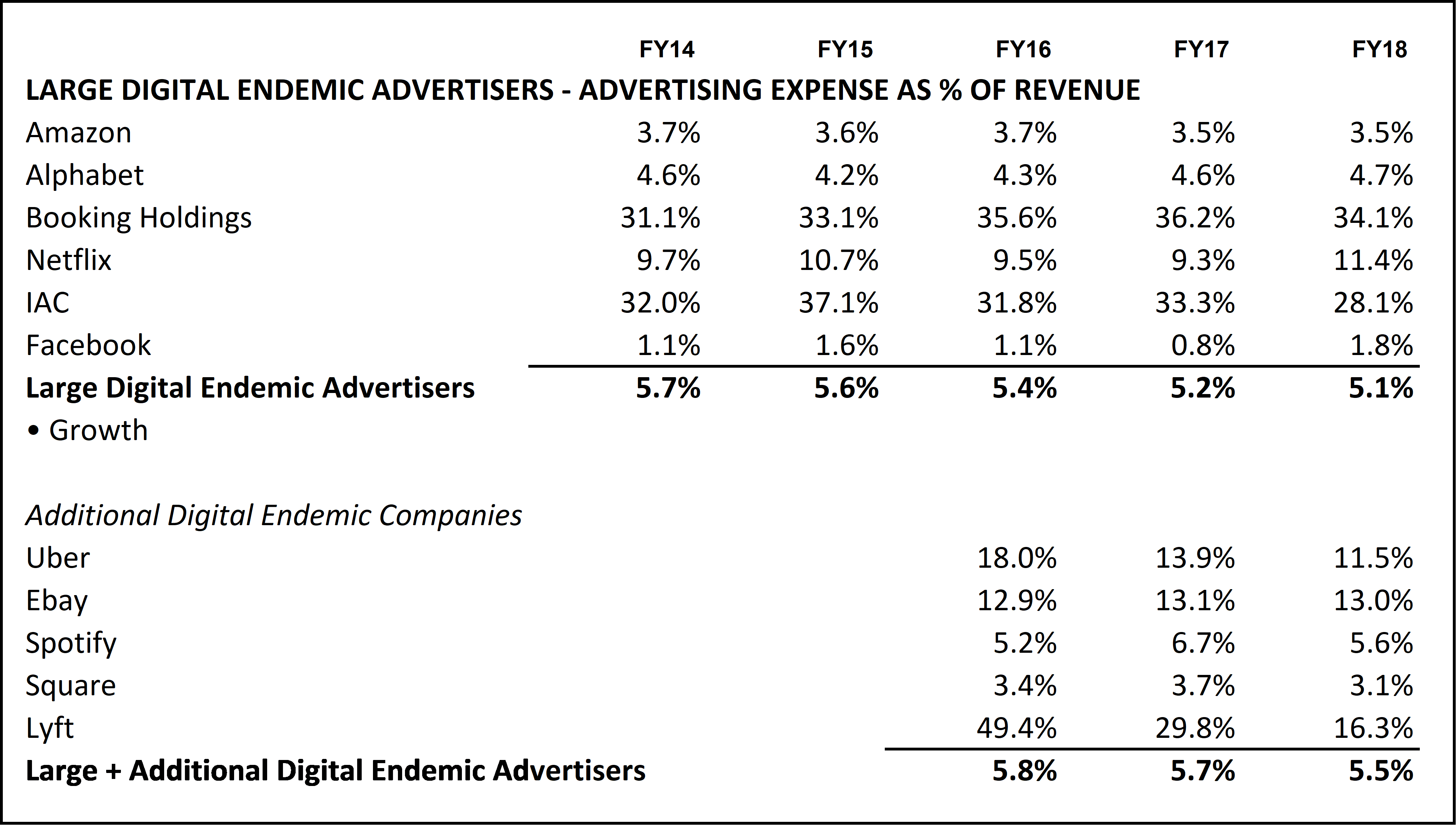 What was (and remains) harder to identify is the specific timing of deceleration and the specific pace at which it occurs. Beyond focusing on the inevitability of deceleration, an important question to analyze may have been why Alphabet (and Google) was able to grow as fast as they did over the past four years, over a period when the company, already the largest single supplier of digital advertising industry globally, actually accelerated and sustained advertising growth of around +20%, and  held on to those levels of growth in 2017 even as brand safety concerns on YouTube took hold.   Arguably, some of 2018’s growth may have actually been a rebound over relatively “easy” comparables because of that episode.

Digital advertising, broadly defined, is going to remain as the dominant medium.  While media owners would certainly prefer to sustain their growth, digital advertising doesn’t become any less important to the marketers who use it simply because suppliers’ growth decelerates.  For large brands it remains as a critical medium for brand experiences, deep consumer engagement and reach extension as strategies around brand awareness shift and as audience reach on traditional forms of media diminishes.  For performance marketers focused on short-term sales, digital media allows unparalleled opportunities to “growth-hack.”   And for small businesses digital advertising remains a relatively effective way to spend a limited budget in a relatively efficient way vs. their traditional alternatives.   Digital media owners will continue to capture an increasing share of marketer spending (if at a slower pace than observed in recent years).

Deceleration may present opportunities. The more dominant the medium is within the overall advertising industry, growth rates will necessarily converge around the industry’s overall averages.   As this occurs, marketers who find that digital media aligns with their goals may find media owners becoming more receptive to their preferences in terms of content focus, pricing or other characteristics of the inventory.   Towards this end, marketers should focus on the relative benefits that they realize in working with a given media owner and recognize that deceleration may lead to new opportunities over time.