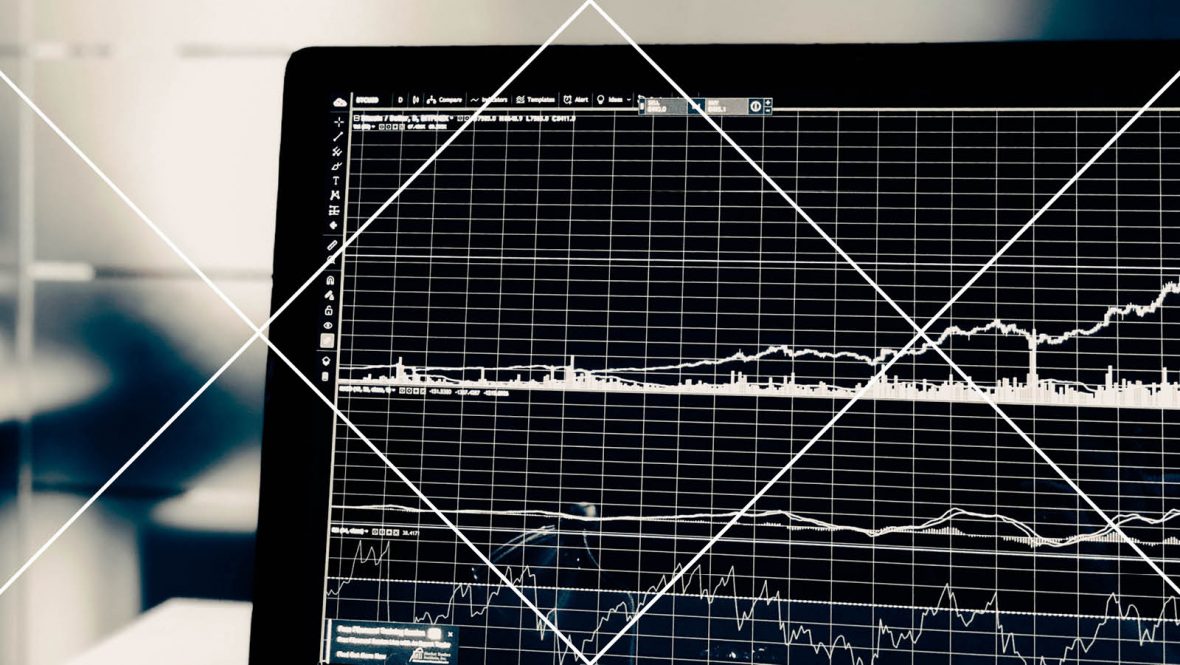 Different segments of advertisers increase spending on digital media at different rates.  “Digital endemics” are likely responsible for the bulk of the industry’s recent growth. Global advertising spend has generally expanded in line with the global economy, with a disproportionate share of growth benefitting digital advertising. According to our estimates, digital will account for 46% of the global total for advertising this year, nearly doubling shares over the past five years. It will also see a compounded annual growth rate (CAGR) of +19% versus a +4.7% CAGR for all advertising over the same period.

Several factors have been cited by observers as driving this result, including the the ease with which small businesses can now spend with digital media owners, especially Facebook and Google.  However, an analysis of spending on advertising by small businesses suggests this is unlikely.

To the extent there is data around small business advertising spend, we see limited growth.  The IRS is a robust source of historical data on advertising in the United States, and while the most recently released data published last month is only from 2014, it provides useful insights nonetheless. By this point in time, both Facebook and Google had established themselves as critical media owners with whom small advertisers could deploy their budgets. However, during that year, spending by businesses with under five million dollars in annual revenue – a cohort of 5.6 million businesses which collectively accounted for around $30 billion in annual ad spending or just over $5,000 per advertiser – was barely up, either on a per-advertiser basis or collectively in the post financial crisis era, let alone over the prior year. 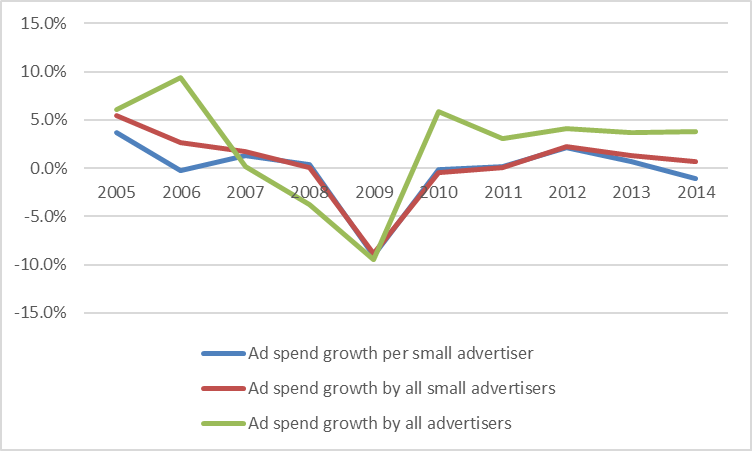 Source: GroupM analysis of IRS dataMore notably, spending as percentage of business receipts among this group has declined over time as it has for all advertisers. As we have separately found that small businesses are diminishing as a share of the overall economy, this would further diminish the role of small advertisers too.  While it is possible that this behavior contrasts meaningfully with what has occurred outside of the United States, it would be surprising if small businesses increased their spending by enough to have meaningfully contributed to digital media’s outperformance.

Other factors commonly viewed as driving growth in digital advertising include shifts of spending by large advertisers or the emergence of digital co-op dollars.  Few large marketers will have increased their spending on digital media at the same rate that digital has grown within any given country.  To illustrate, for a brand to have expanded from, say, 0 to 40% of total spending on digital over the past twenty years it would have increased its allocation by 2% every year, on average.  Even if the brand were increasing its total budget by some amount, the increase in spending on digital media would not likely be up by more than high single digits.   Co-op dollars are not likely a meaningful factor, either.   While e-commerce is increasingly important for all types of manufacturers, absolute growth in these budgets in digital environments remains small in a global sense, likely accounting for a low single digit percentage of total ad spend.

So where has the growth come from? Digital Endemics.  By contrast, it is much clearer that large digitally-dependent advertisers whose businesses are endemic to the internet are a major source of ad spend growth. Eight companies alone – Facebook, Amazon, Netflix, Google, Booking, EBay, IAC and Uber – deployed $26 billion toward advertising as marketers last year, up by a cumulative +25% in 2018, following on +24% growth in each of 2017 and 2016.  We can easily identify more than a dozen other public companies spending in excess of $100 million annually, and there are likely dozens of others. All in, large, digital endemic advertisers are expanding their presence in the industry, likely accounting for a low double digit share of global advertising – including a much higher share of digital – and account for a substantial share of the industry’s growth at this point in time.

Traditional media companies looking to capitalize on this source of growth need different value propositions. Marketers competing with relative upstarts need to either spend more or spend better.  Sellers of digital advertising inventory have generally benefitted from the spending preferences these new marketers naturally have. Other participants in the advertising economy who historically depended on the fastest-growing marketers of prior years, including owners of traditional media, agencies and other services providers, have to offer different value propositions to meet the needs of newly massive companies in order to match paid media’s industry-level growth rates. Some companies, such as those in ad tech and marketing tech, are inherently better positioned in this regard.

For the bulk of advertisers whose businesses were not historically dependent on the internet, the fight for attention or share of voice will be particularly intense with the increasingly large companies whose businesses are endemic to the digital ecosystem. Many of them are more heavily dependent upon paid advertising than most “traditional” marketers ever will be, with several spending more than half of their revenue on advertising. While companies within overlapping categories may be pressured to increase their own spending, pursuing better overall marketing, within and beyond paid media, may be another way to compete. 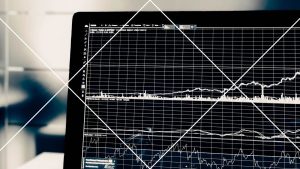