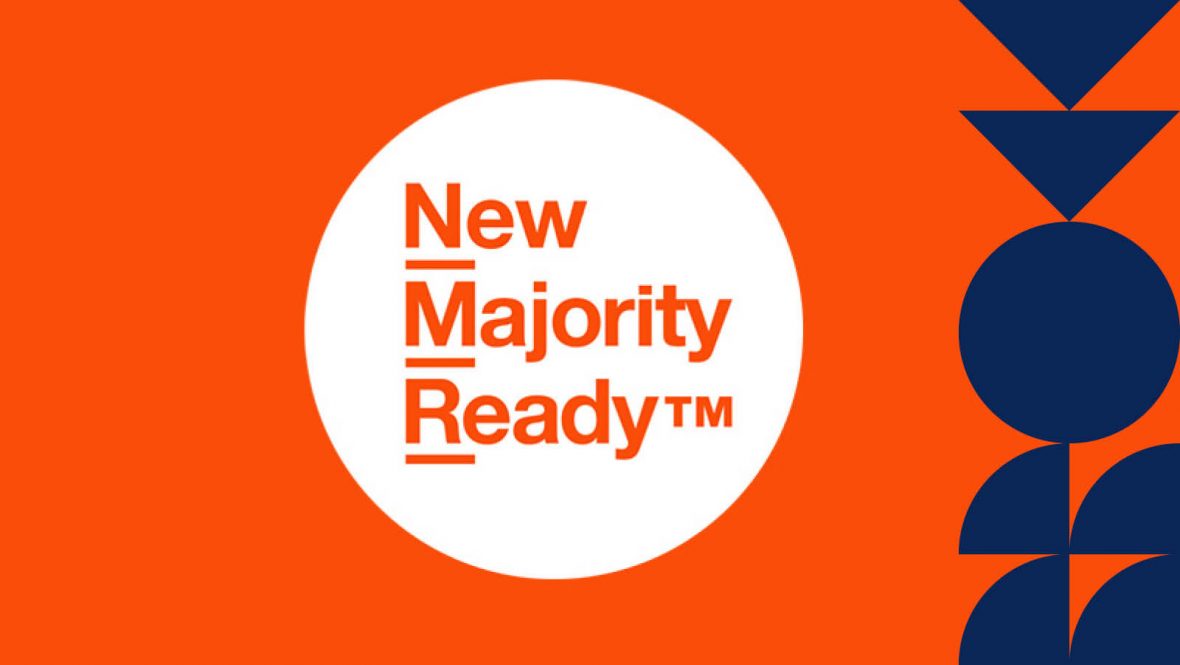 Are You New Majority Ready?

The multicultural population in America are increasingly fueling the economy – they currently represent 40 percent of the U.S. population with the collective purchasing power of $3.8 trillion – yet the ad dollars committed to them are disproportionately low at just 5 percent.[1]

By census and election year 2020, 52 percent of individuals under 18 years old will be ethnically and racially diverse.[2] Further, it’s predicted that by 2045, America will become a new majority nation.[3]

So, are you ready for the New Majority forming in America?

On the first day of Advertising Week New York, Mónica Gil of NBCU, Rosemary Mercedes of Univision, Sasha Savic of MediaCom, Wendell Scott of Disney Ad Sales and Tim Castree of GroupM took the stage to discuss the state of the industry’s new majority readiness, who’s doing it well, and the business opportunities.

Money is on the table; don’t walk away

While companies like Telemundo and Univision have businesses designed around, for and in service to multicultural audiences, there are still many companies with some catching up to do.

Those looking to grow their business are leaving money on the table if they are not talking to and engaging with the new majority, particularly as five states are already minority-majority, including California. This population transformation in America represents an eye-opening growth opportunity for marketers with strategies attuned to the new U.S. reality.

Accolades were also exchanged for brands who are successful in new majority engagements including Nike and Unilever, among others, for its bravery on taking a stand on social issues such as pay equality.

We’re making progress, and “it needs to start with us”

Few would disagree that ad land, including agencies, need to do more, and better, to diversify its workforce to be more inclusive of visible diversity, gender, age and identity. It’s good for culture, talent attraction and retention as well as for business.

Gonzalo del Fa, President, Multicultural GroupM further emphasized in the New Majority Ready press release: While we acknowledge the steep climb ahead to better reflect the new majority in our own industry and workforces, it’s exciting and validating to be a part of and witness the many leading organizations—from the ANA/AIMM to our NMR Coalition—who recognize and are acting on the rising new majority.”

Today’s multicultural generations are “ands” and not “or.” Identity is not about one or the other, it’s about both, equally blended to form a complementary indiviDUALITY. “Waves of migrations change the make-up of this country and, with this, perspectives have changed. While assimilation may have been a focus for earlier generations, today, one can be 100 percent from where you were and 100 percent American.” Authenticity matters; one can’t buy audience without changing creative. And one can’t change creative unless you understand the audience.

“Multicultural is mainstream. Multicultural is mobile. Multicultural is now.” Our lexicon needs an update. The simple, and perhaps obvious, reality is that the consumer of yesterday is not the consumer of today. Audiences are younger. They listen to the same things, unite under shared social causes and rally with political purpose. One day, “multicultural” will no longer be relevant as an isolating characterization because “culture is what we share.” And we all love a story well told, as evident by the “total market” appeal of Crazy Rich Asians and Coco. This is our nation’s reality and our industry’s opportunity. Acknowledging the work ahead – and borrowing from the lessons of those who led and those who shortly will – together we can be, will be, must be ‘New Majority Ready.’