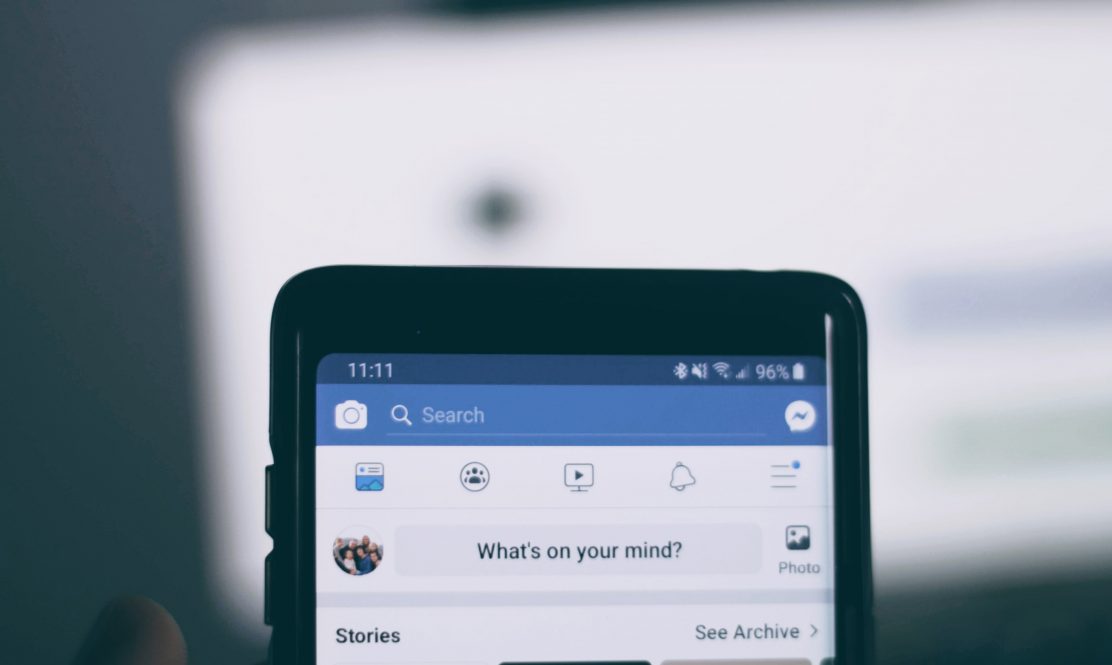 This week we review recent economic data from the US Census Bureau on Services spending and compare data on the US agency industry to those of the global agency holding companies. As an important factor supporting growth for agencies, we also look at marketing technology trends through the lens of results from Salesforce.com released this week. On the media owner front, we look at media trends from Australia from the most recent quarter and analyze news related to Facebook’s mobile ad network.

Services are dominant in the American economy as they are in many other markets. In the US, annual spending on services equates to nearly three times the amount spent on goods in retail environments, or $16.2 trillion last year. Retail sales amounted to $5.5 trillion during that period (or $6.2 trillion including food services). Consequently, trends impacting services are key to understanding the American economy.

Among the largest services sectors, financial businesses were relatively strong while healthcare was weak. Accounting for one third of all services revenues in the economy, financial businesses fell by only 1.4%. Insurance carriers – more than two thirds of services but 19% of economy-wide services revenues tracked in the survey – was actually up 0.6%. Perhaps surprisingly given the presence of a public health emergency, healthcare and social assistance, 18% of services activities, fell 7.7%. Ambulatory health services (doctor and dentist offices and home health care among other services) off by 14.9% but spending on the comparably sized hospital sector was down by less, declining 5.7%. Relatively small healthcare services such as nursing homes and other forms of social assistance were up 6.3% and 1.1%, respectively.

Salesforce.com, one of the biggest software companies, posted ~19% underlying growth during its most recent quarter. Reflecting this trend, one of the world’s largest software companies Salesforce.com reported this week and posted 19% growth excluding its recent Tableau acquisition during the quarter ending on July 31. Growth was slightly below than the 23% comparable pace of expansion recorded during the prior quarter, although growth would have been expected to hold up through the pandemic given the SAAS (software-as-a-service) subscription nature of most of its products.

While Salesforce’s Sales, Service, Platform and E-Commerce-related software revenues continued to grow rapidly, Marketing Cloud businesses appear to have been weaker. Looking at Salesforce’s segments, most fared well, with Service Cloud notably exceeding Sales Cloud, and the Marketing and Commerce Cloud growing 21%. However, this was evidently driven by the company’s e-commerce-related software, as the GMV they service expanded by more than 100% yet again. If GMV growth was reflected in related revenue growth, collectively weak trends – soft growth or possibly decline – for other products within the segment including legacy Exact Target, Krux and Datorama are implied. To the extent this occurred, it was likely company specific. For reference, during Adobe’s most recent quarter, its comparable Digital Experience segment grew by 5%, with “delays in enterprise bookings and consulting services implementations” and declines in advertising products associated with the former TubeMogul. Excluding Advertising Cloud revenue at Adobe, Digital Experience segment subscription revenues actually rose by 18% while related professional services fell by 8%. As another illustration of current trends, marketing could software provider, Hubspot grew by 25% during its most recent quarter.

Professional services were down in line with total services spending, but there were a wide range of trends within, including a 26% decline for agency-related services. Back to the US Census Bureau Services data, Professional Services mirrored the trend referenced by Adobe, as aggregated revenues (which accounted for 13% of all services across the economy) fell 7.5%. Some Professional Services fared reasonably well during the quarter, as Legal Services were down by only 0.6% and Computer Systems Design and related services fell 0.5%. Others were hurt much more significantly: Architecture fell 11.6% and Scientific Research / Development services fell 10.6%. Advertising, Public Relations and related services (encompassing most traditional agency-related activities) were down by much more, falling 26.2% during the quarter after growing by 1.4% during the first quarter.

The decline in agency revenue reflected by the US Census was notable when compared with results from the global agency groups. As a reference point, with earnings for the sector now completed this past week we can calculate that the world’s major companies saw organic revenue falling 18.6% in the second quarter after falling 1.7% during the first quarter. Within the United States, the group’s revenue base likely declined by 10-15% during the second quarter after accounting for differences in accounting between them. This pace of decline was better than that experienced by media owners: with digital media likely down only slightly, national TV down close to 30% and most other media was down more like 40%, industry-wide spending on advertising in the United States fell by more than 20% during the quarter. The favorable outcome for agencies vs. media should be unsurprising given the fee-based nature of much of the agency business. On the other hand, it might be somewhat surprising that the outcome for the global holding companies was substantially better than the outcome for all US agencies. While there are some differences between the activities captured by the Census Bureau and those reflected in agency holding companies’ financial statements, the data implies that smaller business spending on agency fees and/or revenues generated by smaller agencies plummeted by substantially more than the industry average during the quarter.

Global agency groups remain relatively resilient. While we undoubtedly have a biased view working for the world’s largest agency owner, we can nonetheless point out some of the factors that might help explain why global agencies outperformed the average for all agencies and media owners. First, the limited degree to which anyone has much certainty about how consumers are adapting to the pandemic economy favors those who can aggregate insights. Marketers looking to reduce costs on the production side may be reducing spending on expensive commercials in favor of inexpensive ones, but they may also realize that greater cost savings are likely realized by working with a scaled third party such as one owned by the global agency groups. Third, services associated with media also benefit from the scale of the global groups: while larger marketers have developed their internal data management capabilities for purposes of better applying their first party data to media and marketing choices, even there, agencies helped identify best practices in organizing data, helping to match it with media owner data and integrating it with planning. Further, scaled global agencies are still likely to realize more favorable outcomes from negotiations and stewardship of the marketer’s buys and are likely able to execute at a lower cost than anything a marketer might realize on their own.

Notwithstanding declines in spending on media, the nature of paid media bought by larger marketers also continues to favor larger agencies. Some marketers also need to minimize risks of over-committing budgets and generally improve their flexibility in spending with individual media owners. And then there are the longer-term strategic benefits marketers continue to realize when working with larger global agencies. For example, marketers are more likely able to realize greater influence on a media owner’s product roadmap when doing so in coordination with an even larger entity such as a global agency.

Within global media, the week featured releases of new data for much of the Australian industry. On Monday, the country’s local IAB released new data for the market (which in their definition excludes both digital audio and digital OOH) covering the period through the end of June and indicated a 12% decline. This followed on a 3.8% gain in the calendar first quarter and 5.6% growth during the calendar fourth quarter of 2019.  For reference, the US IAB indicated that digital advertising (which includes digital audio but excludes digital OOH) grew by 12%, and we estimate that on a comparable basis digital advertising probably declined around 2% during the second quarter. From this data we can observe that the two countries showed a roughly similar pace of deceleration for digital advertising.

Australia’s leading broadcasters conveyed a mid to high 30s decline in advertising during 2Q20 but improving trends ahead. Separately, SevenWest Media and Nine Entertainment, owners of Australia’s two leading broadcasters released financial results covering the second halves of their fiscal years, the period ending June 30. Both companies posted half-year ad revenue declines for their core TV properties of 27%, with worse trends during the April – June period alone (SevenWest indicated that it saw a decline for the total business of 28% during the half but 33% during the most recent quarter). Such levels of decline appear worse than what we saw in advertising results among US based TV network owners during the quarter, although they were better than results from major broadcasters in western European markets.

Facebook will stop collecting Apple’s IDFA, negatively impacting its mobile ad network, but not noticeably impacting the overall enterprise.  As a final piece of significant news, Facebook provided an update on its mobile ad network this week, telling partners on Wednesday that it would not collect Apple’s Identifier For Advertisers (IDFA) on its own apps on IOS14 devices once the new Apple operating system is rolled out beginning in September. This news follows on changes to IDFA announced in June which will require app developers (including publishers) to secure explicit permission before the relevant data will be shared with the relevant developer. Facebook’s Audience Network (FAN) was launched in 2014, although it never became particularly large in comparison to the company’s core O&O properties. After quickly generating $1 billion in “run-rate” annualized gross revenues by the end of 2015 (equal to 5% of what the company collected from advertisers at that time) it represented a much smaller share by last year. The impact is further muted by the fact that the company only records net revenue (gross revenues collected less costs for inventory paid to third party publishers) and because it may very well retain much of or most of the demand presently associated with the network.

As to the broader significance of the news, total demand from advertisers is unlikely to change by much, if at all, as marketers will still look for next-best alternative ways to accomplish their goals. Changes experienced by publishers could very well be meaningful, as Facebook’s action reflects one of what will be many changes to advertising in the Apple eco-system as IDFA rolls out in the fall. As well, the news should understandably be viewed in light of what will undoubtedly be ongoing commercial skirmishes between two of the world’s most valuable companies.