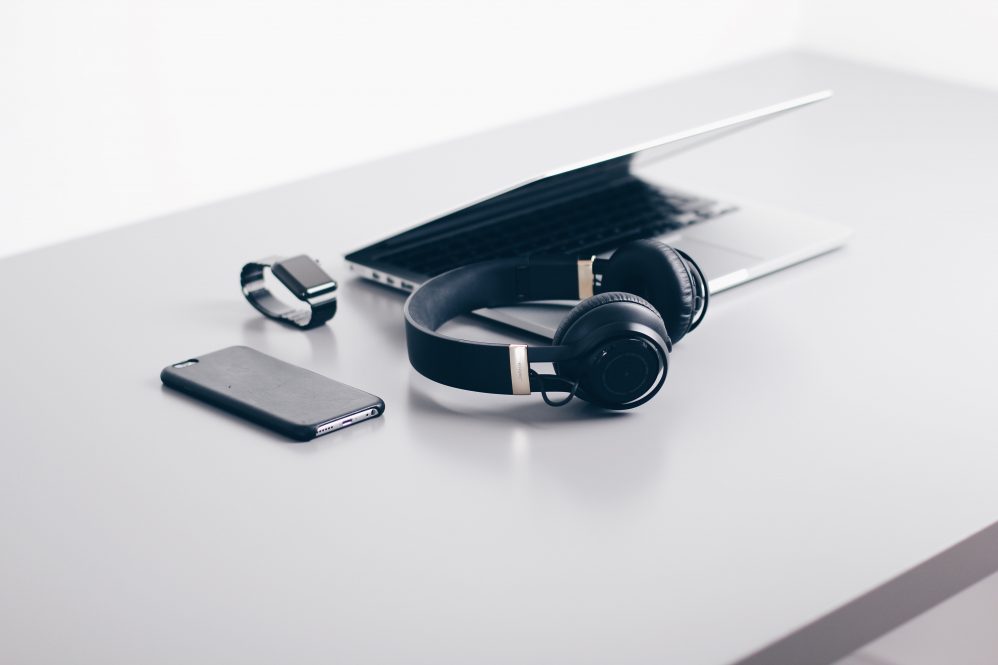 As we heard this week from many of the world’s largest marketers in their quarterly earnings reports, semiconductor shortages will have an uncertain impact this year, especially on motor vehicle manufacturers.  Related disruptions could have an impact on spending on advertising by those companies, but could also impact the electronics companies consumers rely on to access content.  Both industries have options to mitigate supply chain challenges, so negative consequences are not necessarily going to be meaningful.  We look at trends among those companies and at the streaming services many of those companies and media owners provide, and then further connect the choices that film studio-owning media companies are making in their content budgeting preferences.  We continue to anticipate a future where big films and ad-supported television are less common, in favor of a world that is more dependent on subscriptions.  Marketers will need to increasingly adapt their own media budgeting choices to navigate this emerging world.

Semiconductor shortages are in focus for many industries, especially motor vehicle manufacturers.  This past week, some of the world’s most important buyers of semiconductors, many of whom also happen to be important participants in the media and marketing industries, provided updates on the impact of widely publicized disruptions to supply chains due to pandemic-induced production bottlenecks and demand disruptions of these key product inputs.   Companies including GM, Honda, BMW and Stellantis were among the automotive manufacturers providing their updates, which generally conveyed heightened uncertainty for the remainder of this year regarding the capacity of these companies to manufacture their core products.  In addition, working capital is increasingly tied up because companies have managed these production challenges by partially producing many of their vehicles without all of the chips they require to operate.

Ad spending could be impacted, and may already be in some places.  These trends have significant implications for the media industry to the extent that manufacturers potentially restrain their advertising spending because they cannot fulfill near-term demand.  Some media owners with US-focused media properties heavily exposed to local automotive dealers such as Fox, Nexstar and Sinclair attributed automotive weakness as a constraint on growth in their results reports this past week, although it’s not as clear that national budgets are as impacted at present, not least because those budget-holders are more focused on their longer-term brand-building efforts and are still able to prioritize production towards their most profitable vehicles.

Electronics companies need semiconductors too but have some options to help mitigate the impact.  Other users of semiconductors in the electronics sectors should also be experiencing an impact, as companies including Sony, Nintendo, Vizio and Roku also reported quarterly results this week.  While some companies in these sectors can manage their inventory for products in a manner that allows them to avoid disruptions or shifted their products to rely more on software rather than hardware, others will be more impacted, or at least face some uncertainty.   To the extent that these disruptions are sustained, demand for the specific media or marketing vehicles some of them buy could be disrupted as well.

Streaming services consumption appears to be down year-over-year against difficult comparables.  Roku and Vizio are of course also significant for what they tell us about streaming video consumption, smart TV usage and connected TV advertising in general.   Both showed slowing growth in the number of accounts accessing respective platforms, although they still grew at a rapid pace.  While difficult comparables and pulled-forward demand were undoubtedly a factor, competition from Amazon, Samsung, LG and others with platform / operating systems of their own could very well have been a factor as well. The dispute with Google over the distribution of its YouTube Live vMVPD service probably didn’t help either, at least on the margins.  Consumption in hours per account was more meaningfully impacted by the difficult comparables with last year’s second quarter, as Roku was down 9% on an annual basis (although up 4.1% on a compounded basis vs. 2Q19) and Vizio’s platform was down 15%, year-over-year (although up 15% on a compounded basis vs. 2Q19).  For reference, Nielsen’s internet-connected device-based viewing fell by 5.2% year-over-year during the same period of time.

Measures of hours spent and comparisons with holistic measures may be impacted by several factors.  Putting this data in some context, we note that Roku claims to have delivered 17 billion hours of content during the second quarter, and Vizio claims 7 billion hours of consumption on its smart TV platform during the same time.  Both reflect what their servers distribute or otherwise reflects content delivered to their primarily US-based audiences.  However, a comparable Nielsen figure for the United States, which would track time spent with television by actual people watching unencoded internet-connected device-based programming and would exclude time where people were not actually watching amounted to 23 billion at the household level and 27 billion at the personal level in the most recent quarter.   Some additional amount of time would capture encoded streaming content (for example, a broadcast network program delivered through a vMVPD service).  For further reference, total TV consumption amounted to 95 billion household hours and 112 billion person-hours during the same time frame.  While these figures may be mostly comparable, the served/monitored vs. actual watch-time differences as well as any international vs. domestic differences likely impact any direct comparisons.

Tubi and Pluto grew significantly as well.  Streaming consumption data was also provided this week through information provided by Fox for its Tubi AVOD service and by Viacom, covering Paramount+, Showtime OTT and Pluto, among other services.  At Tubi, that service generated three billion hours of consumption in the twelve months ending June 30, up 50% vs. the year-ago period.  The company claimed consumption amounted to 900 million hours for the quarter, up more than 40% vs. the prior-year quarter.  If the figure were comparably measured, it would equate to just under 1% of all TV consumption and probably a low double-digit share of all of Fox’s TV consumption, at least at the national level.    As Tubi “comfortably” exceeded $100 million in revenue during the quarter it likely doubled year over year as the business generated $400 million over the past twelve months, up 170% vs fiscal 2020 levels.   Meanwhile, at ViacomCBS we saw Pluto’s self-claimed domestic consumption rising 45%.  Overall, the company now expects that business to generate more than $1 billion during 2021, which would probably represent around half of the company’s streaming-related advertising revenue.  Highlighting the growing importance of subscriptions, the company disclosed that global subscribers to ViacomCBS’ pay services including Paramount+, the Showtime OTT app, as well as apps from BET and Noggin ended the quarter up 6.5 million to total 42 million around the world.  For reference, the equivalent figure at the end of 2020 was 30 million subscribers and 16 million at the mid-point of last year.

South Park agreement highlights cost of content and the need for scale.   In further support of the growth of these services, Viacom also announced this week an extension and expansion of its agreement with that property’s creators to add six more seasons and produce 14 films over six years for Paramount+ with a value widely reported to amount to $900 million.  Presuming this agreement covers around 40 hours of content – or equivalent to around $22.5 million per hour of original programming – it illustrates the value of content to media companies at present and the need for scale among media companies to fund such costs.

Scarlet Johansson-Disney Lawsuit may impact how the film profit “pie” is divided up but won’t change the fact that consumers are now buying dessert buffets.  The cost and nature of the South Park content reinforced our view around how studio-owning streaming services are adapting their content production models.  This was brought into some focus with the recent Scarlet Johansson-Disney lawsuit.  Whether or not Disney had the right to take the action that it did – or, separately, whether or not Warner Media had the right to provide all of the Warner Bros. 2021 release slate to HBO Max subscribers in the US when it announced its plans last year – is arguably moot given the bigger changes which were taking root in the industry well before the pandemic.

If a studio has a choice between spending, say, $900 million on four $225 million films intended for the first release through theaters or 40 hours of content with budgets equivalent to $22.5 million per hour, which will drive the parent company’s goals better?    The answer isn’t always going to be the same, depending on the intellectual property to be developed, but increasingly those resources will be prioritized towards the streaming service, as we’ll likely see with Paramount and South Park.   A bigger factor is that investors are far more likely to reward the parent company of a streaming service and studio more favorably when they generate a dollar of revenue at the streaming service than when they generate that dollar from traditional sources.  Better yet, any incremental benefit to subscriber growth figures will be rewarded even more aggressively than will revenues, at least in the near term.

Stronger streaming services = less TV consumption of ad-supported content, impacting the role of TV as advertisers historically knew it.  Put differently, studios will continue to make blockbuster releases for theaters in the future, but three will probably be fewer of them.  And we’ll probably see fewer mid-range budget films with budgets in the tens of millions of dollars directed to theaters.  Those films were already disappearing from screens before the pandemic, as that content was increasingly going to streaming services and likely will continue to do so.

Marketers will need to revisit what “holistic” means.  The consequences remain what we have been anticipating for some time: increased investment in content by ad-free or ad-light streaming services while ad-supported TV networks hold the line or reduce spending on content will lead to an increasing share of consumer time in ad-free environments.  This trend is global and will increasingly negatively impact the capacity of television to cost-effectively provide marketers with the reach and frequency-based media goals they have historically relied on television to provide.   Marketers will then increasingly need to decide between finding new ways to make do with less ad-supported television inventory – producing their own content, finding new clever ways to optimize spending to maximize reach, for example – or look at brand building in different ways, such as combining budgets related to investments in television with investments in culture (music, sports, events) and creative messaging, or to look at video differently, for example by increasingly managing budgets for YouTube and other UGC-based content directly alongside their traditional TV budgets, rather than silo-ing them as is common today.   There is an upside, in that marketers may be better able to establish global best practices in working with the streaming services where they do make advertising opportunities available, and relationships may become increasingly global rather than established on a country-by-country basis.  In short, the industry will change for advertisers, just as it has for Hollywood as media becomes more global and more centered around these new platforms in markets around the world.