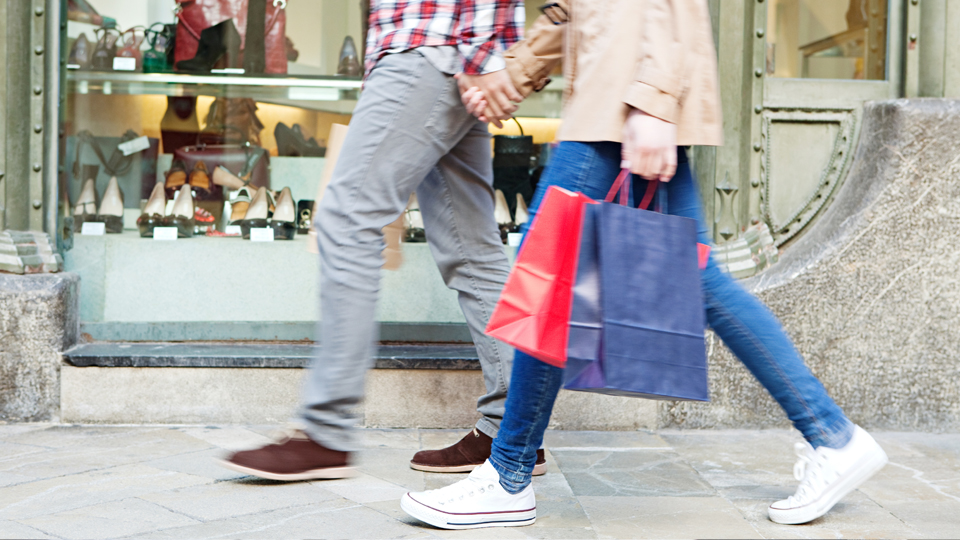 In the U.K., we saw sales at food stores, which represent 37% of the total U.K.’s broadest definition of retail (including petroleum sales), rise by 0.8% after growing by much faster rates in each prior month of 2020.

Textile, clothing and footwear stores continued to decline by double digits as they have through every month of the pandemic. These stores fell by 18% for December, only slightly better than the full-year decline of 25%. Household goods stores grew their sales by 6.9% for the month and 1.2% for the year.

Small businesses gained a share of retail turnover in the U.K. in December, although the share remains well below historical levels. Additional data provided in the retail data release on the role of small versus large businesses were of interest. Small businesses gained share across all retail channels, rising from 21.8% of retail turnover in 2019 to 22.9% for the full year 2020. This was the highest level since 2008 and reflected a sixth consecutive year of gains.

We note that these shares are still well below levels that exceed 30% and higher in years before 1999.

E-commerce amounted to 31% of retail sales in December and 28% for all 2020 versus 19% in 2019. As a percentage of total retail, excluding automotive fuel, internet-related sales were below November’s record 36% level. However, at 31%, it was substantially above last December’s 21% result and likely represents one of the world’s highest shares of spending, regardless of the definition of e-commerce.

Predominantly food stores recorded 9.9% of sales as originating via internet channels, versus 5.2% in the year-ago period. Textile, clothing and footwear stores saw 34% of sales from the internet while, for household goods, the figure was 23%.

In terms of growth, total internet sales were up 46%, with food stores growing 93% and other retailers growing their online sales 63%.

Interestingly, non-store retailers (i.e.: pure-play e-commerce) sales grew by only 25%, a notable deceleration from November’s 52% pace and generally higher levels since May. On a full-year basis, we calculate that e-commerce amounted to 28% of retail sales versus 19% in 2019, representing a nearly 900bps expansion in share for e-commerce. This expansion is significant, not least as the prior 900bps of gains (from 10% to 19%) took six years to accomplish, as e-commerce represented only 10% of retail sales in 2013.

Chinese retail sales for December were also released this week, showing solid growth in sales overall but tepid e-commerce trends. On a basis that compares to the U.K. figures, sales were up by 5.6% during the month and on the broadest definition, including food services, auto sales and petroleum, retail sales grew by 4.6% for the month but saw a 3.9% decline on the year.

Interestingly, online sales of goods, which is comparable to the broad definition of retailing used in China and not comparable to the narrower one used in the U.K., grew by only 6.4% in December and amounted to 24% of total retail sales.

This level was relatively stable year-over-year versus prior months that showed much more significant gains; for the full year, e-commerce growth amounted to 15%. Excluding food services and automobiles, the share figure was undoubtedly higher, more likely around 30%.

Chinese food services were flat, but motor vehicle sales grew 6.4% in December. Looking at other sectors, catering (equivalent to food services) was flat with a gain of 0.4% year-over-year. Among retailers tracked for sales in major categories, household appliance and audio-video equipment sales were up 11% in the month versus a 3.8% decline on the year.

Garments, footwear, hats and knitwear were up 3.8% for the month but down 6.6% for the full year.

During December, automobiles had a good month for sales, if slower than recent periods. Motor vehicle sales grew by 6% year-over-year following five prior consecutive months of double-digit gains. Some of this was undoubtedly related to pent-up demand in addition to greater interest in avoiding public transit post-pandemic. For the full year, automotive sales declined by 1.8%, compared with U.S. automotive sales of 1.0% over the same period.

Canada’s November retail sales grew at a similar pace to what was observed in the U.S. on a comparable basis. This week also saw new data for retail sales in Canada, although the data has a one-month lag relative to China, the U.K. and the U.S.

During November, non-seasonally adjusted total retail, including automotive sales and petroleum but excluding food services—a definition that, in the U.S., grew 4.8%—grew by 4.2% year-over-year.

Food and beverage stores grew faster than these levels, rising by 5.9%; however, this outcome represented a slowdown from October’s 11% growth pace.

The comparable growth rate for similar retailers in the United States was 8.4% in November. Canadian general merchandise stores, a class that includes department stores, warehouse clubs and supercenters, grew by 9.9% in November. Interestingly, this contrasted meaningfully with negligible growth in the U.S. (a gain of 0.6%).

This class of retailer is virtually identically defined in both countries and, in pre-pandemic periods, represented a similar share of total retail activity.

Motor vehicle and parts dealer sales grew by 1.3% in November, at the low end of annual gains since May. Year-to-date sales were down 10% through November 2020 over 2019 levels; new car sales have been down 12% over that same period, while U.S. sales were essentially flat during this period.

E-commerce probably amounted to 10-11% of retail if we excluded each of those business types and made the data more directly comparable to that of the U.K. referenced above. Year-to-date growth was 71% over the same period of 2019 and equated to 6.0% of retail sales in the first eleven months of 2020 versus 3.4% in 2019.

For the year, unit sales were down by much more, falling 24% in the narrowly and broadly defined region. For December, passenger car sales declined by 11% in the U.K., 15% in Italy and 12% in France among major markets.

Other markets saw gains, such as Germany’s 10% growth; Spain was flat year-over-year.

German media owner Pro7Sat1 ended the year with growth in ad sales. The healthy automotive market in Germany toward the end of the year may have helped produce the relatively positive results that came in this past week for one of the market’s two primary media owners, Pro7Sat1.

The company pre-released some headline numbers for the fourth quarter and full year, indicating that advertising grew by low single digits rather than the single-digit decline they previously guided toward. This outcome suggests that, for the entire year, 2020 ad revenues for the media owner declined by “only” 10%.

The most prominent media news of the week would have come from Netflix’s earnings results. While the company does not sell advertising, and almost certainly never will, Netflix reported fourth-quarter 2020 financial results this week.

They remain an essential company for marketers to monitor because its capacity to draw viewing away from ad-supported television impacts the medium’s potential to satisfy marketers’ goals, typically defined by reach and frequency-based objectives.

Netflix probably accounts for 10% of all TV viewing among people under 50 in the U.S. On the bigger picture considerations for marketers, in the U.S., Nielsen’s streaming meter has generally conveyed that Netflix accounts for approximately one-third of internet-connected device-based (ICD) viewing on television in each of 2019 and 2020, despite the launch of services like Disney+.

We can roughly estimate that, for the full year, 2020 ICDs accounted for 19% of all uses of televisions in the U.S. across all people, or 31% of all television for people under the age of 50.

Growth amounted to 39% among all people, or 33% among people under the age of 50, an acceleration over 2019 rates of change.

From here, we can infer that, in 2020, Netflix likely accounted for around 6% of all U.S. TV consumption, or 10% of all TV consumption for people under the age of 50.

Subscriber growth was most significant in Europe during the quarter. While minutes of use or share of Netflix viewing as a percentage of consumption is not generally available in most markets, increased numbers of subscribers are still a useful metric that can convey the company’s trajectory.

The U.S. and Canada regions are the company’s most mature market, and subscribers grew by 9.3% during the fourth quarter to end with 73.9 million subs in a market that Nielsen estimates as having 121 million TV households.

Latin America ended the quarter with 38 million subscribers, up by 20% year-over-year.

Spending on content in cash terms was $11.8 billion during 2020, down from 2019’s $13.9 billion. Although this decline was primarily due to production shutdowns driven by the pandemic, Netflix remains one of a handful of global companies currently spending more than $10 billion on content annually.

The company is likely to continue increasing its spending on content at much higher levels than we saw in 2019, primarily as individual countries oblige the streamer and its direct competitors to invest more in local content.

In some regions, we expect the capital required of local TV network owners who want to continue competing could very well contribute to industry consolidation. Netflix itself continues to have ample access to capital markets. It can invest nearly as much as it wants, so long as the company’s subscriber base and revenues expand alongside investor expectations.

However, in its investor letter released alongside 4Q20 earnings, Netflix also noted that the company believes it will no longer need to raise any more external financing to fund its day-to-day operations. This should convey the company does not plan for a sudden radical increase in spending

>$10 billion per year is table stakes for streaming services in the coming years. Nonetheless, spending in the ‘tens of billions would make Netflix one of the biggest buyers of content globally.

Competitors operating below this scale that want to compete with Netflix fully will need to be mindful that their spending will generally need to increase well beyond historical levels for combined traditional and emerging services.