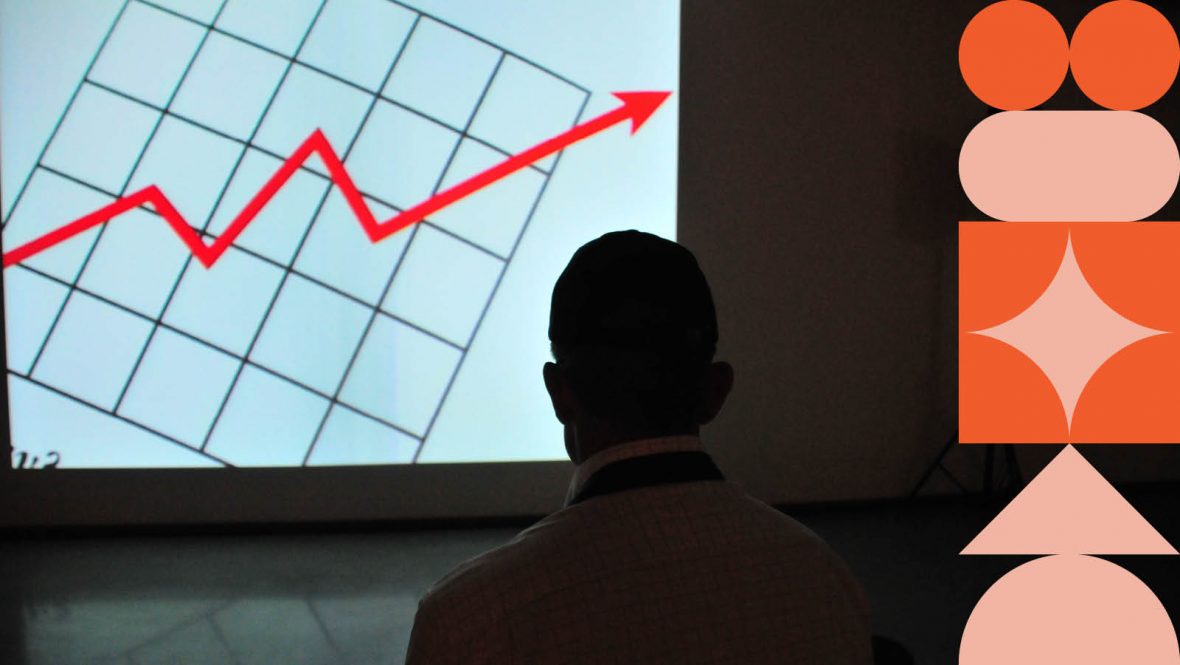 New data on the economy in 2020 was released this week showing the moderating decline of economic activity in the United States and strength in some pockets.    While US GDP results for the fourth quarter of 2020 were not quite as bad as they might have been, economic activity still ended up falling by an amount exceeding what we saw in the global financial crisis, although still declined by more than any year since the Great Depression.   In nominal terms, GDP declined by 2.3% during 2020.  For reference, in 2009 economic activity declined 1.8%.   Consumer spending was worse off with a 2.7% decline for the year, and as the fourth quarter produced a 1.4% decline to follow the third quarter’s 1.7% fall, trends did not appear to be particularly different within the subcategories between the third and fourth quarters, at least on a year-over-year basis for each period of time.

Consumer spending on goods was up significantly.  Drilling further into the subcategories, consumer spending on goods grew by 5.6% for the full year, with motor vehicles up 2.8%.  During the fourth quarter, results were even stronger with 6.5% and 13% gains, respectively.  This was notably better than the growth rate we saw in retail sales by motor vehicle dealers in data released by the US Census Bureau last week, where there was a 1.1% year-over-year gain during 2020.  Recreational goods and vehicles grew by more, up 13% for the year and 18% during the last quarter while home furnishings grew 6.5% for the year and 12% for the quarter.  Nondurable goods were also healthy overall with a 2.3% gain during all of 2020 and 3.3% during 4Q20, driven by 11% growth in food and beverage purchases (which cover 8% of total consumer spending) for off-premises / at-home consumption during the full year.   Growth held up well through out the year, as the fourth quarter saw a 10% gain.

France’s economic activity worsened in the fourth quarter.  In France, which is the sixth largest economy globally, fourth quarter GDP fell by 3.4% as part of a full year 6.2% decline.  The quarter’s result represented a deceleration from the third quarter’s 2.6% decline, while the year ended up faring worse than 2009, when the economy declined by 2.7%.   The fourth quarter’s result was actually similar to the worst quarter of the crisis (the second quarter of 2009, when GDP in France fell by 3.5%).   Consumer spending in France was down by much more with a 6.6% decline for the fourth quarter and a 6.7% decline for the full year.   These figures were also substantially worse than 2009 when consumer spending fell by only 1.3%.

As with the US, goods fared better than services in France during 2020.  Looking at individual categories, food products, which account for one sixth of consumer spending, grew 3.1% in the quarter after more robust growth earlier in the year (for all of 2020, food sales grew by 4.3%).  Transport equipment including cars fell 9.5% during the quarter, better than the 14% decline for the year.    On the services side, which accounts for more than half of all spending, we saw an 11% decline during the quarter.  This represented a meaningful deterioration from the third quarter, which declined 3.9% and which reflected an improvement from the second quarter’s 20% rate of annual decline.  For the full year, services spending fell 9.8%.  With real estate services (such as renting), which accounts for a fifth of all spending and more than 40% of all services rising 2.3%, other services were very weak, with transportation services spending down 49% and accommodation and food services spending down 47%.   Both of those activities mirrored the trends in overall services spending where the third quarter was much stronger than the fourth quarter and the fourth quarter, while bad, was much better than the second quarter

Germany and Spain experienced diverging trends on a relative basis.  Germany, the world’s fourth largest economy also released new data on its economy affirming the fourth quarter’s decline at a 2.1% fall.  The country’s statistics agency Destatis previously released data showing that in 2020 GDP declined by 3.5%, although that figure was revised this week to 3.4%.  The year’s outcome was still better than 2009’s 4.0% decline.   The mid-January release indicated that consumer spending fell by 5.4% for the full year.

Meanwhile in Spain, new data from this week shows that economy fell by 10% during 2020 including a 12% decline in household consumption.   Like France, the full year’s result was also much worse than what was observed during the global financial crisis when GDP in Spain fell 7.2% and consumer spending fell 4.5%.  For the fourth quarter, we saw total economic activity decline by 8.2%, similar to the third quarter’s level with household consumption falling 11%.  As in France, this represented a deterioration vs. the third quarter when consumption fell 8.7%, although both quarters were better than the 24% decline of the second quarter.

Financial markets provided new illustration on the power of “mobs” and social media.  While the “real” economy may have been soft, certain parts of the capital markets have been on fire, especially with respect to GameStop and a handful of other stocks.   The remarkable events of the week centered around retail investors collaborating to rapidly and aggressively buy certain securities at prices beyond anything that fundamental analysis might support.  The turmoil negatively impacted many hedge funds and left at least one brokerage illiquid.   By contrast, other institutions likely benefited from all of the activity.

The episode has been captivating for many reasons, including issues related to populism and the relative power of Wall Street or other institutions vs. “the little guy” in an era where recovery from the pandemic has likely amplified pre-existing trends around income inequality and where larger businesses generally fare better than smaller ones.   Much like the insurrection at the US Capitol earlier in January, it also reflects upon the role of social media in helping groups of people to organize and tangibly disrupt the world, and not always in good ways.    And as with the insurrection, any fundamental analyst and market observer would be hard-pressed to anticipate anything other than all of this ending badly for the mob, eventually.

There are certain to be some lessons for brands to follow.  We can imagine that a stock with a large retail investor base which has an unrealistic valuation and which experiences a reset could become a byword for something undesirable, and negatively impact related brands.  More generally, the event illustrates ways in which consumers can coordinate as a mob to effectively commandeer a brand.  This could occur in an effort to persuade a brand to do something or to take control of a brand’s associations with the world more generally.   While some of those efforts might be positive, some could be damaging to a brand, or at possibly contrary to a brand owner’s preferences.

Brand owners can’t practically anticipate that something like what happened this week will happen to them.  But can they do anything to limit or prevent damage if any might be set to occur?   Arguably, strong brands which are widely viewed in a positive light and which provide meaningful benefits to stakeholders (customers as well as society at large) should be more immune to negative consequences if they might occur, because those brands will probably receive the benefit of the doubt if any is necessary.  On the other hand, weak brands associated with mobs making disruptions or unsavory associations or otherwise using a brand to do things that have negative costs will likely find it harder to alter perceptions.

Many of the world’s largest media owners reported 4Q20 results this week.  For media owners it was also a very busy week, as companies including Facebook, AT&T, Comcast, Verizon, Microsoft and JC Decaux all reported earnings for the fourth quarter and full year 2020.   While outdoor advertising was unsurprisingly weak for JC Decaux around the word, US-centered television advertising was, overall, not too bad for AT&T and Comcast with national TV ad revenues falling slightly, but with US political advertising evidently massive, much as we expected.

Digital advertising accelerated.  However, the stand-out results were from digital platforms, which all accelerated. Verizon’s results were particularly notable, as that business posted its strongest growth rate since the company acquired Yahoo.  Facebook’s ad revenue growth was even more remarkable.   With growth of 31% and a gain of $6.5 billion vs. the fourth quarter of 2019, Facebook’s year-over-year gain was the company’s biggest-ever in absolute terms.

More notably, commentary on the first half of 2021 conveyed expectations for more acceleration, despite what anticipated headwinds associated with changes to Apple’s operating system which will restrict the use of third party data on Apple’s devices.    Putting aside the important operational changes that many marketers (especially larger ones) will make in 2021 to deal with the matter, it seems unlikely that there will be any noticeable impact on Facebook’s revenues, especially as so many of the company’s customers and so much of the growth evidently originating with smaller companies who will primarily optimize spending within Facebook rather than across multiple media owners.  And even when they do, it won’t necessarily impact their budgeting processes, at least not to a degree that outsiders will notice.  Budgeting for advertising typically occurs for a wide range of reasons, “performance” only one consideration among many, if and when it can be identified.