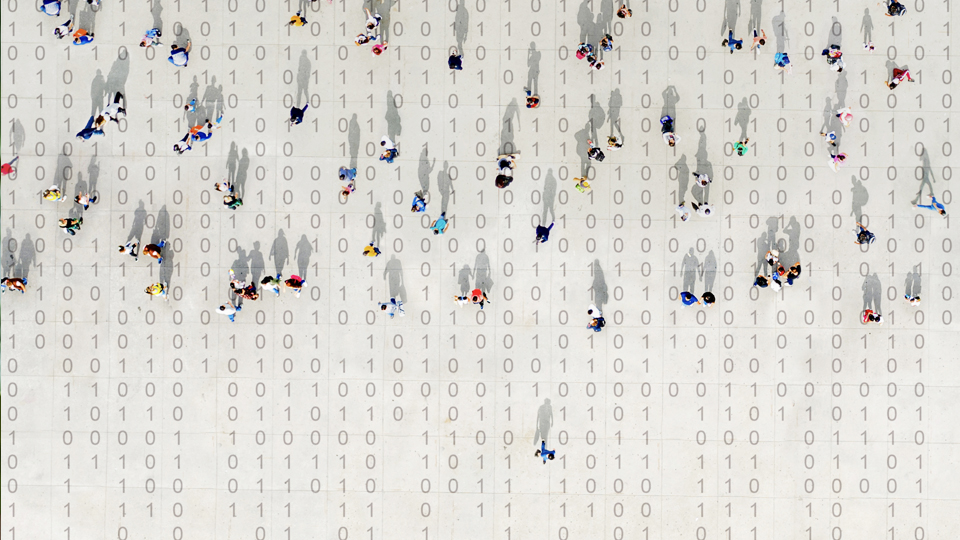 New economic data from the U.S. and Europe this past week showed understandably tepid year-over-year growth. This contrasted meaningfully with rapid growth in digital advertising for the world’s largest media owners, including Google, Facebook and Amazon, who collectively saw global advertising gains of around 40% in the first quarter of 2021.

In this note, we explain how a range of factors, including the notion of creative destruction, is arguably more important drivers of growth in advertising than economic activity alone. Those same factors help explain why we think changes to mobile device operating systems, such as the changes Apple began implementing this week, won’t have a noticeable impact on advertising.

New US and European economic data show diverging trends.  New economic data for the first quarter of 2021 came out this week.  In the US we saw year-over-year nominal GDP growth of approximate 0.4% in real (inflation adjusted) terms and 2.3% in nominal terms.  Meanwhile, in Europe first quarter GDP declined in real terms by around 0.6%, although in nominal terms it would have slightly.   Despite these mixed – and arguably still relatively soft, if improving in context of the pandemic – trends, during the past week, we also saw unequivocally strong growth in advertising in quarterly earnings results, specifically with the digital media platforms which will lead the entire industry higher in 2021 in most markets around the world

The world’s largest digital media owners grew by around 40% globally and by more than 30% in each of the US and Europe during the first quarter of 2021.  At a global level, if we add up our estimates or actual advertising outcomes for the first quarter for Google, Facebook, Amazon, Twitter, Snap and Pinterest we can see approximately 40% growth in constant currency terms at a global level.   Importantly, this growth was not only because of an “easy” comparable of 1Q20: during that period growth did slow because of early pandemic-related effects, especially in Europe, but not by much: collectively, at a global level, that group of companies’ advertising revenues rose on an annual basis by 16% in 1Q20, not far from the 22% growth rate observed in 4Q20.   To illustrate further, if we look at the two-year compounded annual growth rate as an illustration of “average” growth, we can still see nearly 30% annualized growth size during the first quarter of 2019.

Interestingly, advertising trends are not that different at a regional level, based on data we can see from Google and Facebook, whose trends lead the broader industry given their scale.   Combined, they posted around 38% year-over-year growth in ad revenues globally.  In the US the two companies’ advertising revenues probably grew around 34% over the year-ago quarter and posted a 23% CAGR over the past two years.  This is slightly higher than the two-year growth rate we saw in 2019 over 2017 despite the companies’ much larger size at present.  Meanwhile, in Europe (including the Middle East and Africa for Google) we can see approximately 37% growth for the two companies during the first quarter of 2021 over 1Q20 and a roughly 24% two-year CAGR.  The year-ago comparable was only slightly easier for Europe vs. the US, but Europe still saw slightly faster two-year growth in the first quarter than we saw in 2019 relative to 2017.

The data illustrates that economic activity may correlate with advertising, but is not necessarily causal.  Overall we can say that within the two regions digital advertising a) grew rapidly despite tepid underlying economic conditions b) grew faster in Europe than in the US on a one year or two year basis despite stronger economic conditions in the US c) likely experienced slightly faster underlying growth in both regions than we saw before the pandemic.   While the data isn’t perfectly comparable – the European economic data does not include the UK, whereas the advertising revenue trends do, and the definitions of the region vary between companies –  and share changes among media owners not captured here may explain some of what we are observing, these trends may still surprise some observers without further explanation.  This will be especially true for those who have been taught that advertising and economic measures such as GDP are directly related.   While the relationship does broadly hold in many countries around the world, it can be more coincidental than causal, for reasons we explain here.

Marketers may then be pre-disposed towards using or increasing the use of digital advertising because their business is organized around digital activities or because they perceive (and/or have quantified ) digital advertising to support business, marketing or media goals better than alternatives.    Optimization will more generally happen within media rather than across it because there are massive practical challenges including workflow management and measurement issues with the latter approach relative to the former one.

New competitors can be a catalyst for growth.  Overlapping the aforementioned drivers, actions such as the introduction of new competitors to an existing category, which can occur unpredictably, may cause significant changes to advertising budgets over time.  To the extent that new competitors increase spending and threaten to take a company’s market share, and to the extent that advertising is perceived as key to sustaining market share, the concept of “avoidance of loss” can be a powerful motivator causing budgets to increase companies.  This will be especially relevant to marketers who budget on the “share-of-revenue” and in brand-focused categories more generally.

Economic change in the form of broader forms of creative destruction may be a bigger catalyst for growth.  With all of this backdrop, arguably the most important driver of advertising to an economy relates to the concept of creative destruction.  Coined by economist Joseph Schumpeter, it is the “process of industrial mutation that continuously revolutionizes the economic structure from within, incessantly destroying the old one, incessantly creating a new one.”   While the pandemic certainly destroyed many businesses, especially in the restaurant, retail and travel sectors, it has concurrently led to the creation of many more, especially related to e-commerce or otherwise related to decentralized business models.   The scale of change may have been so significant that years from now we might look back on this era as a mass genesis event of new business creation.    Of course, we can’t forget that creative destruction will generally relate to economic growth, as the innovation which leads to creative destruction should generally lead to economic growth.

Creative destruction may be the most important source driving advertising growth at present.  As new businesses are formed with different conventions related to advertising – let’s say more focused on using e-commerce or digital media than the businesses they effectively replace – and as those new businesses account for a greater share of the overall economy, advertising growth rates can change dramatically.  Mathematically this would be true even if the typical like-for-like advertiser does not change the percentage of revenue they allocate to revenue.   As we have written previously focusing  on data related to high levels of new business formation since the start of the pandemic, to the extent these trends are global our best guess is that this is the primary factor describing driving the advertising markets in both regions at present.

Other factors beyond business growth or decline may cause advertising growth to speed up or slow down.  Under more stable circumstances and over longer periods of time, there are other factors that should be at play in impacting growth rates for advertising for companies within individual sectors.   Consider whether or not an economy supports or favors monopolies, oligopolies or perfect competition.   An economy dominated by monopolies could grow rapidly, but would probably see limited advertising activities, as the perceived benefits from advertising in the eyes of budget holders would probably be similarly limited.  An economy with oligopolies could see significant advertising if each participant in a sector has the scale to spend meaningful sums on advertising but was unable to anticipate what its competitor was doing.  On the other hand, an economy with stable oligopolies might see less advertising if tacit collusion plays a role in budget setting.   And then an economy full of fragmented smaller businesses in a category operating under conditions of perfect competition will probably see some advertising, but spending will likely be relatively stable and lower as a percentage of revenues.

Changes in advertising growth rates may occur as an economy favors one type of organization over another.   To the extent that oligopolies are generally more common in mature societies – taking share of economic activity from smaller businesses but always concerned about antitrust related actions by governments and increasingly competitive with a small group of large peers across converging industries – we could see this sort of structural trend favoring advertising as well.

All of these issues help explain why Apple’s changes to iOS and the deprecation of third-party cookies won’t likely impact media owner ad revenue growth rates.  Incidentally, and tying all of the above to one of the week’s other most important issues, these elements play into our thinking of the impact of Apple’s changes to iOS and more generally the deprecation of third-party cookies.   While the changes are meaningful in operational terms, and similarly meaningful strategically for marketers, who should use the opportunity to reassess the ways in which they connect brand-building, creativity, media and identity together, we do not expect growth rates for the largest digital media owners to be observably different as a result

To illustrate why, let’s look at the different types of budget-setting processes we have identified (rules-of-thumb, share-of-revenue and performance) and the nature of media budget allocations (with optimization usually occurring within media rather than across it), the role of creative destruction and the type of competition government policies favor within a given country’s economy.

Overall, those outcomes probably won’t impact the underlying rapid growth in advertising spending we have been observing in the near-term.  At a practical level, comparisons between the second quarter of 2021 and the second quarter of 2020 – where Apple’s changes will primarily be made – will make interpretations of trends particularly challenging.

None of this is to suggest that studying economic activity is unimportant, and as we can see with the incremental sequential improvements in economic output over the course of the pandemic, there has been a “directional” relationship with advertising.  Moreover, it is still critical to see at least a partial picture of the environment in which business operates.  However, we need to be mindful that changes in advertising growth rates, let alone allocations to individual media platforms, will always depend on a much broader palette of business drivers.