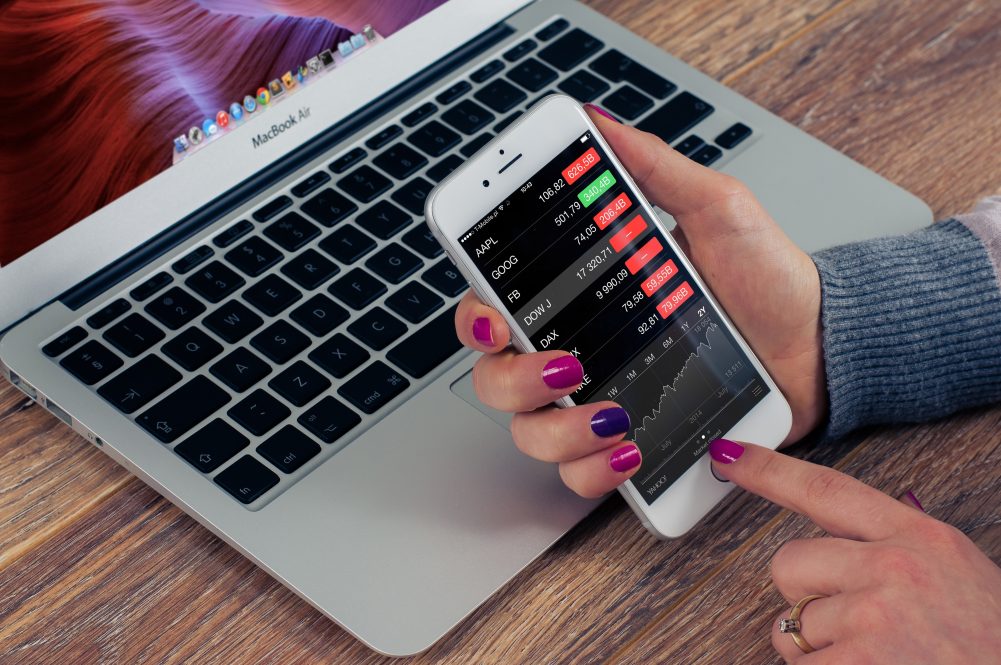 Mergers and acquisitions were prominent in the news this week, with announcements from Discovery and AT&T’s Warner Media, France’s leading broadcasters TF1 and M6 and Indonesia-based Gojek and Tokopedia. We analyze all of this news in this week’s Global Marketing Monitor.

M&A is driven by a wide range of practical factors including secular changes to an industry, the pursuit of commercial opportunities or the realization of scale economies that can help reduce costs, drive incremental revenue or gain incremental lobbying clout. However, sentimental or personality-driven factors can also motivate companies to make decisions.  A growing economy with strong capital market conditions helps, too. All of these factors are at play in the news we review this week.  As long as all of them persist, we would expect more M&A activity will occur within the media and marketing industries as the year progresses.

This was a week where arguably the only thing that mattered to the global marketing community was M&A.  Most significantly, on Monday we had a formal announcement and details related to the proposed transaction involving AT&T effectively selling its Warner Media division to the much smaller Discovery Communications.

AT&T’s sale of Warner Media was unsurprising, but the manner of the sale was.  While the divestiture of Warner Media was no surprise – many expected it the moment AT&T announced their intention to buy Time Warner back in 2016 – the specific shape it took was surprising.  Of course, the deal is not yet done, and either Warner Media or Discovery could still be the subject of separate (or combined) offers from other companies, and then there are regulatory hurdles to overcome as well.

Whatever the path forward, for now, the transaction seems likely to freeze the progress that Warner Media has made in establishing its business as a disruptive force in the industry.  Warner Media spent the past year positioning itself to optimally compete with global streaming services by reorganizing its structure and management country after country in what was an internally disruptive process.  It is possible that Discovery’s managers, who will likely dominate oversight of the combined business, will embrace the aggressively consumer-focused and long-term growth-oriented approach that Warner established over the past year under its CEO, Jason Kilar.  However, history suggests this will not occur.

Discovery’s stand-alone streaming investments were unlikely to have much impact.  For Discovery, the motivation behind the transaction can be viewed at a strategic level in the context of the need for “traditional” media companies to invest more aggressively into streaming services in countries around the world.  Discovery, like many of its peers, has historically been much more focused on shorter-term cash flow generation and relatively near-term returns to shareholders.  Unlike some of its historical competitors (especially Disney, ViacomCBS and Warner Media among them), Discovery has retained this orientation, and this is among the reasons why their primary streaming service Discovery+ has had only limited potential.

Discovery has likened its relatively low-cost offering to a “mini-van” relative to its competitors’ more premium “sports cars.”  Our guess is that most consumers probably prefer sports cars over mini-vans when given the choice, and because they save money when they eliminate their conventional pay-TV services or reduce their incidental costs around going to cinemas, they will collectively choose to free up resources to pay for these sports cars of video without increasing their overall budgets.

It’s possible that Discovery has recognized this issue, and presuming the transaction goes through, they will have a meaningful content budget – $18 billion in 2020 on a pro forma basis, on our estimates, and more in subsequent years – to build out whatever fleet of “cars” the company determines that it needs in the future.  By 2023 Discovery should be able to live up to most of the potential that Warner Media had on its own in early 2021.  In some ways, the timing isn’t all bad, especially because Warner was going to be constrained in key European market for a few years regardless of whether or not they were bought.

Europe will present key opportunities for the company.  The combined company’s presence in Europe will be particularly significant, especially ahead of the 2024 expiration of HBO’s output agreement with Comcast-owned Sky and the 2022 expiration of an agreement with Orange-owned OCS.  Those distribution arrangements have limited Warner Media’s expansion of HBO Max into the region’s major markets including the UK, Germany, Italy and France.   Germany is particularly notable because of the Discovery’s established presence with EuroSport.

Discovery’s presence in and relationships with Germany are worth noting.  Beyond Eurosport, its cable networks and a free-to-air station, the company also has a 50% stake in streaming service Joyn with Pro7Sat1, one of the country’s two main broadcasters.    Its CFO was formerly the CFO of Pro7Sat1, and also worth noting, Warner Media’s international head was previously the CEO of the parent company of Pro7Sat1’s main competitor in Germany, RTL.

European media owner consolidation is more likely to occur.  There are important global read-throughs for other media owners as well: we have previously noted that in European markets, traditional free to air broadcasters have generally invested only limited amounts into owned & operated streaming services when compared with spending by Netflix.  Services such as M6/TF1-owned Salto in France, ITV/BBC-owned Britbox in the UK, RTL’s VideoNow in Germany and others will require much more significant investments to be competitive in their home markets when compared with Netflix, let alone Amazon Prime, Apple, Disney+ and others including HBO Max.

Sure enough, as if on cue hours after the AT&T-Discovery announcement, TF1 and M6 announced they intend to combine their operations to create a TV/video content company that would be overwhelmingly dominant in France, at least for now.  While completion of this merger is not assured, and timing may drag well into 2022, it is illustrative of a trend that is likely to become more common within Europe, whether inside of individual countries or across the region will undoubtedly occur.  This is because the long-term health of incumbent broadcasters will depend significantly on ongoing increases in programming investments. Doing so may result in reduced profitability while at the same time requiring more capital.

As with the Discovery-Warner Media news, Netflix has been a key factor by investing significant sums into programming within the market, aided by ready access to capital over the years.  While small in comparison to its global budget early in 2020, Netflix reportedly intended to spend €100 million on its own productions in France, a figure that would likely be much higher in 2021 and significantly higher with each passing year.  Variety has reported that as of late last year Netflix had 9 million paying subscribers in the market.   This compares to a commitment by TF1 and M6 to jointly fund Salto with only €135 million of program spending over three years.  Tens of millions of euros in annual spending represents a relatively small share of the €1.3 billion the two parent companies spent last year on programming in total and suggests that Netflix and the other services should be well-positioned to take a greater share of viewing with every passing year unless there is significantly more spending on content by the market’s incumbents.

The primary question going forward is whether or not more media M&A will occur at the country level or at the regional level.  One factor to consider if the activity is primarily within countries is whether or not a key goal of entities who combine is to encourage regulation as a form of competition through alternative means.  We would argue that in the long run incumbent media owners will ultimately need to expand their investments in streaming content to better compete with the US-based global media giants, of which Discovery and Warner will now be a bigger one.

There was additional significant M&A activity centered around Southeast Asia this week.  After a significant volume of reporting on the matter in mid-April, Indonesia-based companies Gojek and Tokopedia finally announced their intention to combine into a new company to be called GoTo which will offer consumers services centered around e-Commerce, food delivery, grocery delivery, and a ride-hailing platform.   Both companies have common investors including Temasek, Sequoia Capital India, and Google. Tokopedia is also backed by Alibaba.  The companies claim that their combined Gross Transaction Value would have equalled $20 billion during 2020.   For points of reference, US-based Uber had $58 billion in gross bookings last year, while China-based Meituan had approximately $41 billion in gross transaction volume for its food delivery business during the same period.

There are a range of long-term implications around the evolution of apps into super-apps.  App-based services increasingly look to become single points of contact for consumers and the companies who want to sell to them, and this is inevitably a factor in the transaction.  In the shorter term, a merger creating GoTo should enable faster delivery of a greater range of products across Indonesia (Tokopedia faces challenges doing so at present because it relies on large out-of-town warehouse networks while Gojek has an infrastructure of hyper-local dark stores for their grocery delivery service).  This should allow the combined company to better sell certain products in new ways to new segments of consumers with micro, small and medium-sized enterprises among the key beneficiaries.   The new platform should also be able to offer a much stronger portfolio of advertising products across search, programmatic, social, and on the platform itself, which will have implications for larger brands as well.

While there are slightly different motivations for each of the combinations described above, what they have in common is that a strong economy and healthy capital markets can have the effect of encouraging companies to combine, even if they could theoretically raise new capital to invest in their own businesses and avoid the messiness of combining operations.  Combinations such as those described here allow companies to very concretely present investors with a vision of what they expect to look like in the future.  With an eye towards stock prices that might rise further upon news of a transaction, these transactions are often intended to help companies, their management teams and boards realize some of the associated long-term value in the present time.  In the short term, investors will react in a manner that reflects their confidence in the choices a company’s board and management has made.  In the longer term, it’s up to the management of the company to ensure they shift their focus to whatever will produce durable revenue and cash flow growth.