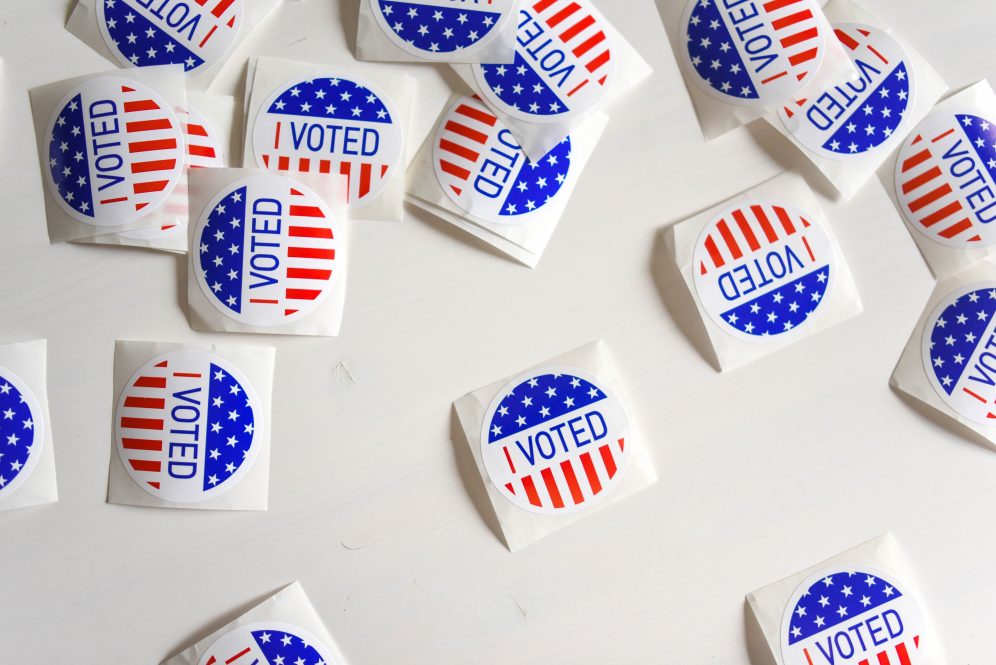 A resolution of the U.S. elections is front-and-center for the United States and the world. While results of the 2020 U.S. federal elections are not yet known with certainty, as of the evening of November 6, the outcome likely features a victory for Joe Biden as President.

A reversion to a more “normal” political culture is likely to prevail within the U.S. government if this occurs, regardless of the composition of the Senate. Under a Biden Administration, on a relative basis, we would expect to see more orderly administrative competence, process-driven even-handedness and tax policies featuring distributive preferences.

An orientation toward a more progressive social order at home, enhanced ties to multilateral institutions and more global cooperation are undoubtedly likely to occur as well. All of this should help to de-risk many aspects of the U.S. and world economies, too.

But the elections will end with many questions left unanswered among many people, both inside and outside of the United States. Trump’s nearly 70 million votes – more than the 63 million received in 2016 – and the support from another near majority of voters indicated that no repudiation occurred. Assessing the reasons for that outcome are almost as important as the consequences.

High information supporters of the Trump campaign should have been conscious of the negative consequences of authoritarian and, sometimes unpredictable, personality-driven policy choices.

Despite those choices, presumably many Trump supporters believed that either the short-term economic outcomes typically associated with reduced regulation or lower taxes, favored status in the economy following from Trump’s policies, a worldview favoring isolationism, domestic preferences related to a more conservative social order or some combination of the above outweighed the costs of chaos.

At the same time, there were also undoubtedly many low information supporters. For them, disinformation, misinformation and outright conspiracy theories – some fomented by foreign adversaries, but much of it overseen domestically – widespread on social media platforms and on properties owned by some traditional media owners could have been a factor as well.

What are the implications for marketers? Marketers will want to consider how the persistent presence of Trumpism – whether in the form of active knowledgeable support or active support based on dis/mis-information-based knowledge – will impact their businesses.

The fact that so many people actively supported Trumpism for a second consecutive election strongly indicates that related philosophies and worldviews will loom large in years ahead, regardless of whether or not Trump himself is directly associated with those ideas.

As marketers will always be impacted by the societies and economies in which they operate, consequences in the U.S. and around the world will follow in years ahead.

Global entities may be more reluctant to engage optimally with a country that could revert toward an isolationist stance after another election. At a global level, foreign governments and international bodies – who will generally prefer working with a Biden Administration to one led by Trump – may nonetheless harden a view of the United States as an unreliable long-term partner, given the potential for a future 180-degree reversal on policies.

Global entities looking to form agreements may only do so when they can make it harder for future U.S. administrations to back out of those agreements.

As an example of a policy that impacts the media industry, we can imagine the U.S. government could face incremental challenges coordinating on matters such as the OECD’s efforts to coordinate taxation of the world’s largest digital media companies.

Similarly, establishing trade or environmental standards could become more challenged in the future as counterparties will be mindful that policies such as those pursued over the past four years could return again in the future.

As a corollary, companies based in China or Europe may be better positioned to help set the agenda related to standards and common policies in a world where the United States has a less hegemonic status.

Domestic issues for marketers will include questions around how to engage with a polarized consumer base.Domestically, marketers and media companies will face choices related to how they will prefer to interact with consumers. While some brands may continue attempting to appeal to essentially everyone, American society will remain sharply polarized and that could mean the challenges many brands were set to face in a world of “if you’re not against it, you’re for it” will persist or expand.

Polarization may be reinforced by the unusual (for American politics) presence of an unofficial leader of the opposition if Trump maintains his public profile. Marketers may find new challenges in reaching consumers in a fragmented media universe if a growing share of the population choose to primarily expose themselves to media where disinformation is even more pronounced than it presently is.

Marketers should consider the degree to which the presence of Trumpism is consistent with the health of their businesses in the long run. Many of the aforementioned characteristics of Trumpism – especially including authoritarianism, clientelism, isolationism and a conservative social order – are inconsistent with the factors that have contributed to economic growth in the United States over many years.

So long as a significant portion of the population shares a worldview largely informed by destructive attitudes, there will be a substantial need for marketers who benefitted from that growth to help demonstrate how American society has generally benefited from liberal democracy, due process, global trade and diversity & inclusion.

This could occur through support of overtly educational public awareness initiatives within schools and outside of them, but also through active support of platforms and content creators that help to support these values. Underlying messaging will be critical.

More substantial society-wide investments in media literacy – and, in particular, helping consumers to better understand how information is produced and distributed – could also be helpful.

Every brand should have proverbial lines that they will not “cross” with respect to content they do not want to be associated with, and no marketer should position itself as a censor. But, more broadly, marketers should encourage good behavior from platforms and media outlets they continue to work with and, whenever possible, encourage the wider availability of content and ideas that if properly considered versus alternatives will lead to a better-informed electorate. The result of such efforts would hopefully lead to more useful debates about ideas rather than arguments about facts or motivations.

In the future, we can hope that the focus of those elections will be centered more around the best way to accomplish shared goals of improving society for everyone that will likely help the economy and society in the long run, regardless of which party is in control in 2022, 2024 and beyond.

Success would lead to a more productive and prosperous world for everyone.

Meanwhile, earnings season continued with a flurry of third quarter results for companies dependent upon advertising for their revenues. Trends were generally less bad relative to what we saw in the second quarter, much as expected. Globally, we saw improving trends – or, more specifically, trends that were less bad.

Within the United States, political advertising was a prominent factor for many companies. Local broadcaster disclosures conveyed that the scale of related spending will probably be in a $4-5 billion range, which will prove to be record-setting, much as expected.

Print, radio and outdoor advertising were down substantially within the U.S., with print down around 40%, radio down around 30% and outdoor probably down somewhere in-between.

As bad as these outcomes were, they were likely better by double digits versus the second quarter.

National TV likely fared much better in the third quarter, although results from Disney and Univision that will be required to make that determination will not be out until next week.

For reference, although results-to-date allow us to calculate that digital advertising probably grew in-line with the first quarter’s low ‘teens rate during the third quarter, it probably wasn’t enough to propel overall underlying (ex-political) advertising to a point where we could say the industry returned to growth.

Outside of the U.S., we saw results such as Canada’s Bell Media experiencing a decline in its TV ad revenues of 12%, India’s Zee posting a 26% decline and Germany’s Pro7Sat1 experiencing a 6% decline. All of these figures were substantially better than second quarter’s declines of 40%, 66% and 37%, respectively.

Declines also improved for global out-of-home media owner JC Decaux, which fell 38% in the third quarter after declining 63% in the second.

By contrast, China’s Alibaba showed some stability from a lofty base with that company’s customer management revenue (broader than advertising, but its closet single metric) up 20% in the third quarter, similar to the 21% pace of growth during the second quarter.