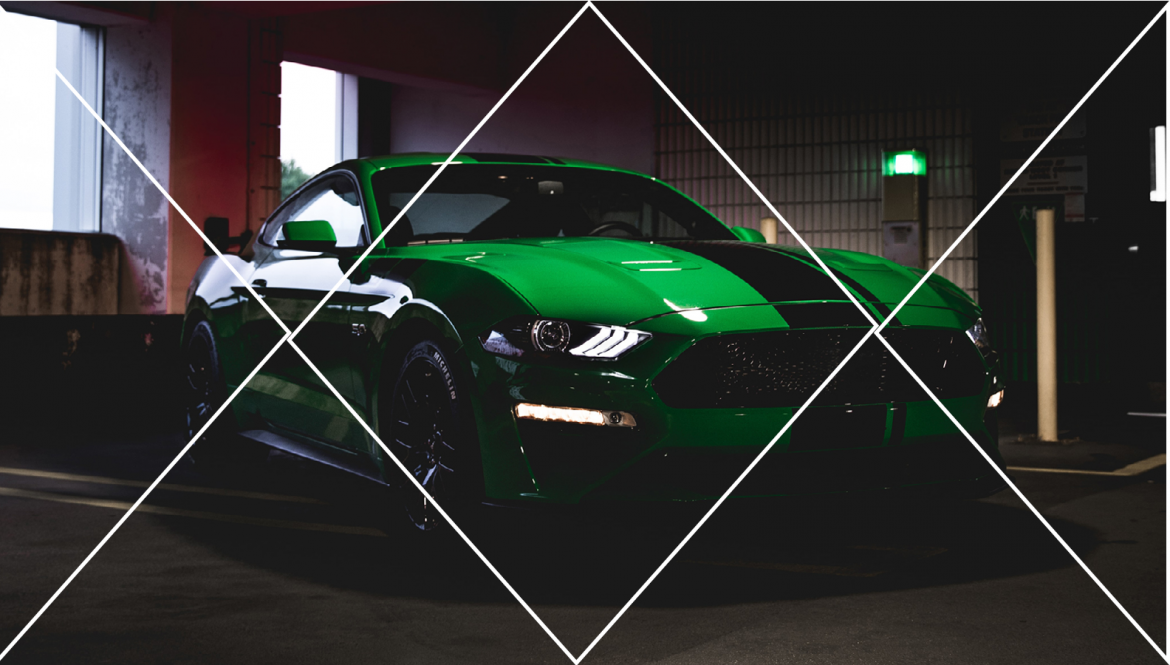 New data related to the auto industry was released this week. The automotive industry is important to the economy, and has an outsized influence on the economy, making trends impacting the sector important for us to monitor.

For reference, during 2019 in the United States, personal consumption expenditures on motor vehicles amounted to $443.4 billion, 64% of which was directed toward new vehicles. The total spending amounted to 3.0% of all consumer spending and equated to 2.1% of GDP.

The automotive sector was one of the heaviest hit in the early phase of the pandemic, but appears to be pushing toward growth in new car sales. Nissan, which produces its own estimates for the world’s total industry volume, estimated during the summer that there was a 44% decline in unit sales of new cars during the second quarter, below the 13% decline in the first quarter and 5% decline for all of 2019. The sector has improved from those levels, and new data released this week provides some reference points for the month of September.

First, the U.S. Bureau of Economic Analysis showed that autos and light trucks (i.e.: SUVs) posted year-over-year growth of 5%, representing the first month of year-over-year gains since February. By contrast, sales troughed in April at a decline of 46% year-over-year and fell by 32% during the second quarter. Unit sales were also severely negative in August, falling 19% year-over-year. Note that these figures are calculated on a non-seasonally adjusted year-over-year basis, rather than the sequential annualized basis often referred to by economists, who conventionally focus on characterizing the sequential month to month pace of change.

A year-over-year trend provides a better baseline against which to compare the annual rates of growth or decline that marketers and media owners generally focus on in assessing their own businesses.

Internationally, manufacturer Hyundai, which posted global sales declines of 57% during April, similarly saw a more than 5000bps improvement between that point of time and September, as the company’s newly released sales data for the month indicated a mere 5.3% decline.

The automotive industry likely represents around 10% of global advertising. To illustrate the significance of this activity for advertising, if we estimate that auto manufacturers generated approximately $2 trillion in revenue last year and typically allocate 2% of revenue to advertising, paired with ad spending originating from dealers and consumers, who would sell used cars directly, total advertising activity would be in the $50-60 billion dollar range.

This equates to approximately 10% of our global estimate for media owners’ ad revenue. To the extent that spending advertising maps directly to unit sales, we can see that the improvement in auto sales trends is contributing to the relative improvement, or at least diminished pace of decline, in ad markets around the world.

Separately, there was substantial globally relevant political and regulator noise this week. From London, a letter to the United Kingdom Parliament’s Digital, Culture, Media and Sport Select Committee was published by the U.K.s’ ICO (Information Commissioner’s Office) related to Cambridge Analytica, Facebook and others. The letter stated Cambridge Analytica was not involved in the Brexit referendum and did not find any new evidence of Russian government interference in elections, although the letter also stated that a referral was made to the National Crime Agency and that related matters fall outside of the ICO’s remit.

Some observers may have treated this as indicating that the whole affair may have been a scandal that never was. Nothing in the letter, however, took away from bigger issues of mis-managed data access, poor ethical behavior and heightened awareness by consumers of legal uses of data, which were inconsistent with expectations and which contributed to enhancing the polarization of societies around the world.

Meanwhile, in Washington D.C., politicians released a report on Alphabet, Amazon, Apple and Facebook. From Washington D.C., the Majority (Democratic Party) staff for the U.S. House of Representatives’ Judiciary Committee’s Subcommittee on Antitrust, Commercial and Administrative Law released a report on competition in digital markets. The document describes the ways – almost all widely known – which have led to these companies first succeeding and then dominating their respective spaces. While the report provides a useful overview of the businesses Alphabet, Amazon, Apple and Facebook operate in, it provided essentially no new information while providing a significant amount of subjective information stated too factually as well as incomplete or incorrect data.

To the extent that the Democratic Party retains its House majority and potentially takes over the Senate and Presidency in the next federal election, the document can be read as a potential reflection of preferred interpretations of the current state of the digital media industry, although recommendations are not necessarily likely to be applied by relevant regulatory authorities, turned into law or upheld constitutionally if they were. Of note, the document is set to be followed by separate reports from the committee’s Minority (Republican) members.

In the report, “the Subcommittee examined the dominance of Amazon, Apple, Facebook, and Google, and their business practices to determine how their power affects our economy and our democracy. Additionally, the Subcommittee performed a review of existing antitrust laws, competition policies, and current enforcement levels to assess whether they are adequate to market power and anticompetitive conduct in digital markets.”

The Majority staff went on to argue that “Although these firms have delivered clear benefits to society, the dominance of Amazon, Apple, Facebook, and Google has come at a price.” Recommendations to remedy problems were provided, although it is very far from clear that any of them might actually turn into laws or regulations, let alone hold up to judicial scrutiny. Further, the companies themselves could very well end up taking actions that render some recommendations as moot. Nonetheless, those included in the report beyond strengthening existing antitrust laws and enforcements included:

While the report can serve as a useful primer on many of the important elements of the businesses that each of the four companies under study are engaged in, it was primarily focused on anti-trust issues.

Perhaps for this reason, issues associated with digital media currently impacting society did not feature very prominently. We note that many of them, including misinformation and disinformation or the role that social platforms have played in genocide or civil unrest in countries around the world, along with the role many platforms play in contributing to radicalization of Americans and other citizens were discussed at length in a recent hearing held by the House’s Energy & Commerce committee.

Perhaps because there was limited new information, what stood out upon review was the black-and-white treatment of many topics that involve significant nuance, or absence of complete information in the report. For example, should Facebook be considered as having a near-monopoly or dominance in social media advertising or should it be viewed as having a secondary role (to Google) in digital advertising? Should Amazon be described as dominating online retailing or as being a small player in total retail activity? The consequences of “dominance” as described in the report were also very subjective.

Touching on the aforementioned social issues, in a section focused on the “effects of market power,” “the Subcommittee received testimony and submissions showing that the dominance of some online platforms has contributed to the decline of trustworthy sources of news, which is essential to our democracy.”

As the footnote supporting that point reminds us, the argument originated with the general counsel of News Corp, whose controlling family, of course, owns both the New York Post (within News Corp) and Fox News.

Another topic that could be debatable includes the notion expressed that venture capitalists are unlikely to fund competition to dominant players. Presumably this would surprise the investors in Bytedance, whose TikTok was mentioned in the report only ten times. An anonymous venture capitalist witness said that “there is a strong economic incentive for other firms to avoid head-on competition with dominant firms,” although unspoken is that such an investor might very well have invested in any of the thousands of failed ventures in the ostensibly more competitive ad tech market.

Of course, it is true that sectors with dominant companies are unlikely to receive much venture funding, but that is primarily because newer fields are, on a risk-adjusted basis, generally viewed more favorably because there is an opportunity for an upstart the VC would fund to dominate it.

Other issues not explored in the report are at least as important and interesting as those which were, including why traditional journalism has declined. A section on “Journalism in Decline” points out how much revenues have fallen for traditional print publishers and Buzzfeed; however, we note that, prior to the rise to dominance of the companies in focus here, many traditional publishers were focused on driving costs down and not investing in the long-term opportunities for their business, or transitioning their business models away from a reliance on classifieds.

Craigslist is not referenced in the report despite the crippling effects that platform had on local newspapers, nor was the notion that the economy is generally shifting away from more of a local orientation toward a national one. While it’s likely true that Facebook’s and Google’s successes have reduced the available pools of money for traditional print-based businesses, the failure of most print-based companies to choose to invest in growth or run a business at reduced margins is not properly explored.

The reference to Buzzfeed could also be viewed as odd, as revenue shortfalls there were arguably more of a function of a declining consumer and advertiser interest in click-bait such as listicles rather than a consequence of disinvestment in the high-quality journalism they also produce.

Another important issue not referenced so far as we could tell was discussion on why dominant companies sometimes fail when they expand, either organically or through acquisition. The report included reference to Facebook buying Atlas, but it did not mention either that it failed as a transaction nor that it was effectively shut down. The company’s so-far unsuccessful efforts to build out a video network with the LiveRail transaction also avoided mention, beyond a statement of fact that the transaction occurred.

At least one section featured the error of including implausible data. In another section, the report incorrectly cited a Wired article, which itself had an implausible and probably misinterpreted data point related to July’s Stop Hate for Profit boycott. The report stated, “As a result of this campaign, more than a thousand major companies—including Disney, Coca-Cola, and General Motors—announced that they would pull $7 billion in advertisements on Facebook.”

Seven billion dollars is not a likely figure for what was meant to be a month-long campaign: Facebook’s total global ad revenue in 2019 was $70 billion, or approximately $5-6 billion per month for all of the several million advertisers who use the platform globally. To the extent that the argument made in the report implies Facebook is so big that it cannot be affected by a boycott that reduces revenue by $7 billion, relatively accurate data here, as elsewhere, matters.