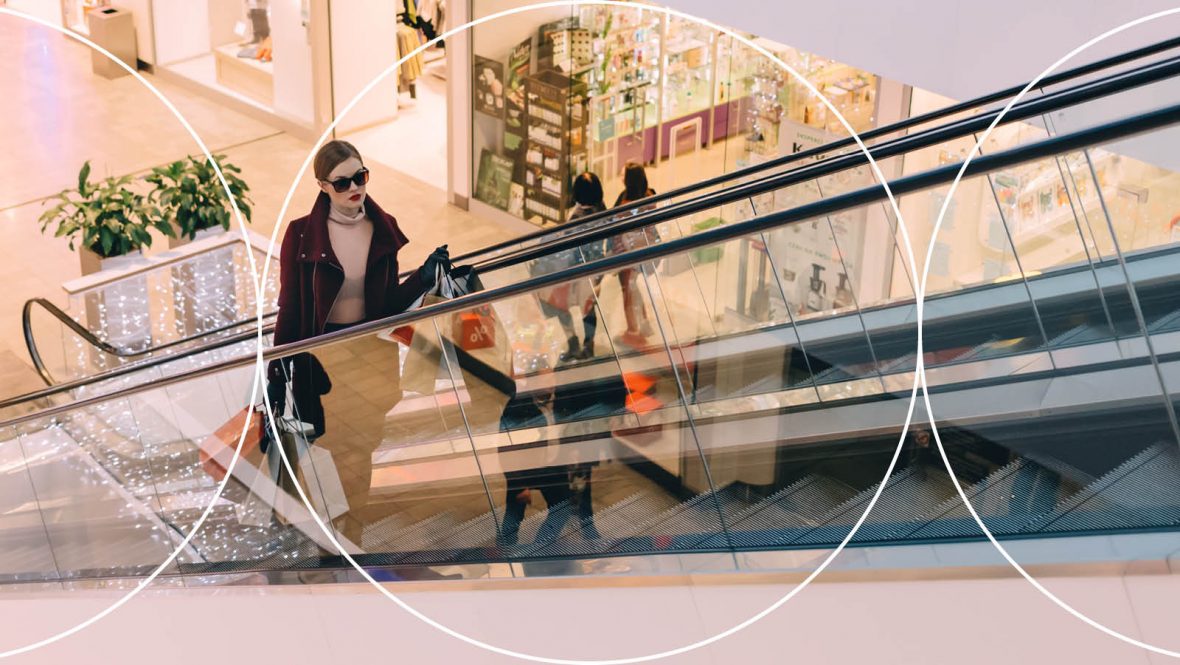 Over the past week, new official retail sales and e-commerce data were released for markets including China, the United Kingdom, and Canada. This followed the release of new retail sales data for the United States during the prior week. In China, retail sales as reported were up by 2.3%, or up 1.1% excluding the 13.8% gain in automotive sales. Excluding petroleum sales, the growth rate was 1.8%, and excluding petroleum, automotive sales, and catering service (i.e.: restaurants) growth was 3.6%.

Regardless of the basis of analysis, September posted a better-than 300bps acceleration from August figures and represented the fourth consecutive month of low single-digit year-over-year change.

Growth in online sales of physical goods is slowing from levels observed earlier in the year, expanding only by 11.3% during September; however, this pace of growth should be somewhat unsurprising given the significant share of retail activity that online sales presently represents and the relative “normalcy” of the Chinese economy given the limited impact of the pandemic there at this point in time.

U.K. retail growth was similarly modest. In the much more heavily pandemic-impacted U.K., new data for September showed that retail sales there grew on a non-seasonally adjusted headline basis by 5.8% or 3.1% excluding fuel. This latter figure would be most comparable to the 3.6% figure for China as automotive sales are not included in U.K. retail data and neither are restaurants and food services.

Restaurant and food services equated to 17% of retail sales last year and those businesses declined at a pace of 23% in August; September data is not yet available for the category. If restaurants were included in September’s data, retail sales might still be negative – we can calculate that in August retail, excluding fuel and restaurants, fell 1.2%; retail including fuel and restaurants fell 3.0% – as the sequential pace of improvement was 200bps on the retail sales headline definitions provided in the new data.

E-commerce is growing much faster in the U.K. than in China, albeit from a smaller base. Unlike in China, it appears that U.K. e-commerce sales are holding up at a relatively lofty pace of growth: in September the country posted 52.5% growth of these types of retail trading activities. This represents the fifth consecutive month of more than 50% growth.

As a percentage of sales, September’s online retail activity accounted for 26.1% of the month’s total turnover, up from 18.1% in September 2019, and equated to 27.0% for the quarter.

The second quarter saw higher at 31.4% of sales because of the scale of the country’s lock-down; however, these data points are not directly comparable to the above figures for China: if none of the catering services revenues were included in online totals and we assumed negligible automotive e-commerce sales we could estimate that Chinese online sales as a percentage of comparable retail activity were nearly 30% during September, a similar figure for the third quarter and probably closer to 35% for the second quarter.

September’s retail growth trends in China and the U.K. were much slower than what we saw in the United States for the same period of time. The combined online and offline figures can be compared to U.S. data, with some modifications, which came out last week. In the U.S., during September, we saw a headline 7.1% growth rate, well above August’s flat trend.

Excluding food services, growth there was 10.1% and, excluding automotive and petroleum sales, growth was 12.1%, up versus the 5.8% growth rate observed in August. The 12.1% figure is generally comparable to the U.K.’s 3.1% growth rate and China’s 3.6%. The massive difference in growth rates is notable.

In last week’s Global Marketing Monitor we speculated that mortgage refinancings may be a significant factor driving consumer spending given the massive growth in this activity – expected to rise from $3 trillion in 2019 to $5.5 trillion in 2020, including a more-than-tripling of refinancing activity to $2.8 trillion during the first half of this year alone according to data from the US Mortgage Bankers’ Association.

By contrast, in the U.K., the scale of refinancings that have occurred this year is small, to begin with – only £37 billion in the first half of the year, according to data from the Bank of England – and actually declined year-over-year through the second quarter, so it couldn’t have been much of a factor there.

Online sales are not tracked on a monthly basis by the U.S. Census Bureau but, for the second quarter, online sales as a percentage of total retail excluding automotive and gasoline sales amounted to 20.1% of total retail activity, up from 14.0% for the second quarter of 2019 and up 47% year-over-year at that time. The second-quarter figure of 20.1% roughly compares with the aforementioned 31% share for the U.K. and 35% for China.

For that month, retail sales were up by 3.5% year-over-year, or 2.0% including food services establishments.  Looking only at retail sales, excluding motor vehicle and parts sales in addition to gasoline and food services, sales actually grew 7.3%.

E-commerce grew 60.6%, although it remains very small as a percentage of sales at around 5% of total retail activity as tracked by Statistics Canada. This figure understates overall e-commerce sales there because it excludes cross-border trade.

Many of the world’s largest packaged goods companies including Nestle, P&G, L’Oréal, Coca-Cola, Danone, Reckitt-Benckiser, and Kimberly-Clark reported earnings. Among this group, and excluding luxury divisions, the median company posted organic growth of 4.6% for the third quarter, up from 0.5% in the second quarter and 3.7% in the first quarter.

Among those providing U.S. or North America data, we saw 1.3% growth for that region for the third quarter following on a stable second quarter and 4.0% growth in the first. Several Health and Homecare divisions from these companies outperformed, while waters and other products consumed away from home under-performed meaningfully.

Among companies providing e-commerce sales data, typically we saw low double-digit shares of revenues with the growth of 50% or better, although we note that individual companies may be defining e-commerce differently – some booking GAAP revenue only while others disclose estimates for total sales based upon expectations for revenues realized by retailers for e-commerce sales of a given brand owner’s products.

As another company coming out of the pandemic with favorable trends, we point to Netflix. Beyond the growth of e-commerce in many categories, one of the more notable trends through the pandemic has been a shift of video consumption favoring streaming services.

The biggest among them, Netflix, reported their third-quarter earnings this week as well. The company ended the quarter with 195 million paid subscribers globally, 2.2 million higher than at the end of the second quarter.  The growth rate was slower than the 10.1 million added in 2Q20, although the company had previously warned that prior quarters were likely pulling demand forward. The accumulated impact could be observed first in revenues which rose by 23% year-over-year to $6.4 billion.

Cashflow positivity is important for the company because of what it means for Netflix’s capacity to continue to impact the broader industry. Operating cash flows of $1.3 billion in the quarter benefitted from this revenue growth as well as from restrictions on productions. This meant that the company was unable to make as much content during the quarter.

Year-to-date spending on additions to content assets, productions, and licensing fees, is actually still down by 15%. Spending would need to rise substantially year-over-year to match last year’s $14 billion levels. While some of this delayed spending will show up in 2021, the net impact is relatively positive and better than expected.

Even if guidance is conservative, the two years combined are arguably very positive for the company and impactful on the rest of the industry to the extent that Netflix is sustaining its capacity to continue investing in future growth.

Consumption growth of Netflix and other streaming services, in general, is still rapid. Illustrating the scale of consumption trends, in the U.S., new Nielsen data shows us that consumption of TVs by all people on internet-connected devices – which would capture the bulk of Netflix viewing, and which Netflix is the biggest component of – rose 27% in September versus the year-ago period. This is followed by gains of 34% in August and 32% in July. Internet-connected devices now account for nearly 20% of all TV viewing for all people, and 29% for adults 18-49.