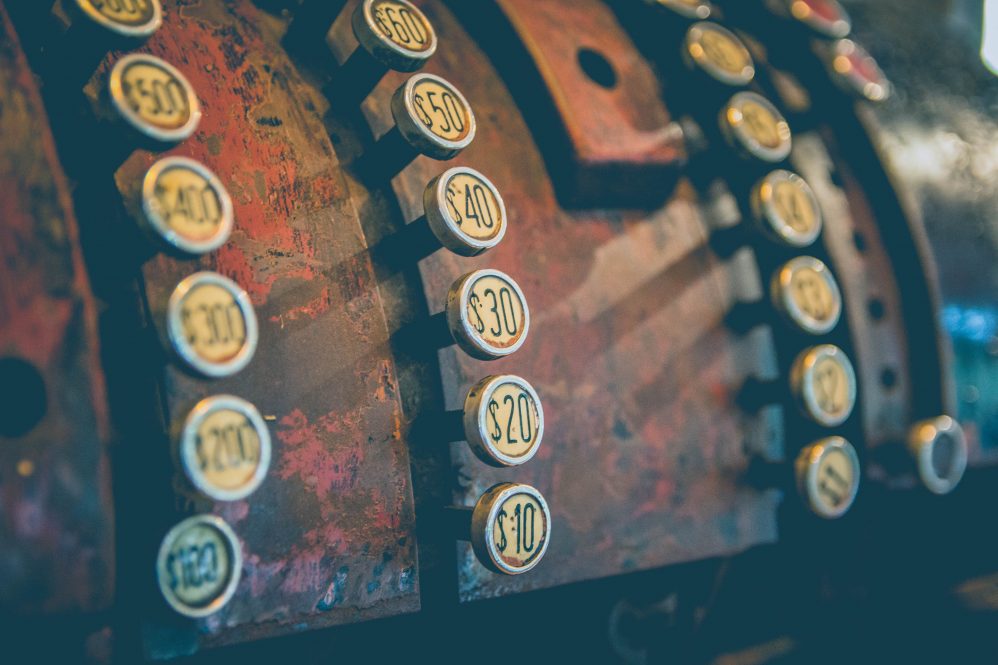 HICP inflation, Europe’s equivalent to CPI that differs from the U.S. measure by excluding owner-occupied housing and by including data for rural communities, across the Euro-zone for next year is forecast to be 1.0% versus 0.4% this year. Much as on the continent, the U.K. is also expected to see a slight increase in CPI, rising to 1.5% in 2021, up from 0.8% in 2020.

In China it is expected to reverse, falling to 2.0% in 2021 versus 2.7% in 2020. These rates of inflation are not particularly far from recent historical levels and, evidently, neither the significant decline nor deceleration in economic output in 2020, or the expected growth in 2021 off a soft base, will directly cause a radical change in these levels.

Media inflation does not always map to economic growth or generalized consumer inflation for a wide range of reasons. Marketers often try to reference these pricing changes when they assess the prices they see for the inputs they require to accomplish their goals, most critically including paid media. While CPI, or related measures, are an interesting reference point, they will rarely map to industry-wide changes in inflation for many reasons, including:

One other important overlapping concept is the notion of information asymmetries. Information asymmetries are another critical factor and featured prominently in media industry news this week. If one side of a market knows the entirety of supply and demand for a product but the other side does not, or at least has relatively superior knowledge, there is an information asymmetry likely to cause more favorable terms for the side with better information.

To the degree that one side of a market is precise in what it wants—let’s say a marketer requiring a specific content brand or media owner property—while the other is not—let’s say a media owner who is indifferent between which marketers acquire its inventory—and there is more market concentration among one side over another for specific goods—let’s say TV network owners relative to agencies or marketers—one side is better able to use information to their advantage and secure more favorable pricing outcomes. This is unless there is a sufficiently large change in any of the other drivers of inflation.

We have previously written about the advantages of BATNAs (Best Alternatives To Negotiated Agreements) and credible alternatives to walk away. In circumstances where information asymmetries favor media owners rather than marketers, complete budgetary flexibility across media and marketing choices—meaning a credible ability or willingness to abandon a medium or significant media owner for an extended period of time—is arguably the best way to shift the information advantage in the marketer’s favor.

If inflation is not much of a concern to consumers, the state of the world arguably is, and social media – driven by the support of advertisers – is a key factor amplifying it. The recently released documentary The Social Dilemma focused on many of the ills that have followed from the rise in importance of social media platforms over the past decade. The film packages together a viewpoint that conveys how algorithms are intended to incrementally hack at the natural preferences people have in order for social media platforms to sustain usage and growth.

Advertising is broadly generalized in the film and collectively painted in a negative light, with the advertising-centered funding model driving most of the revenue for these services characterized as one of the core problems enabling the aforementioned problems.

The content of The Social Dilemma is not new for those who have closely monitored the industry in recent years, but the film does a good job synthesizing and packaging most of the main issues that impact people and society. For example, the film illustrates:

The film mirrors bipartisan interests in the U.S. Congress that seek to review Section 230 of the Communications Decency Act. The film was particularly topical this week, as on Thursday, the U.S. House of Representatives’ Committee on Energy & Commerce held a hearing on “mainstreaming extremism: social media’s role in radicalizing America.”

Witnesses summarized the current state and recent rise of scaled racist cyber-harassment and related hate crimes as well as the rise of far-right and far-left activism, including encouragement of violence on social media platforms. It went on to include specific criticisms of platforms’ operations, including significant problems that continue to enable problems that lead to negative societal consequences.

As in The Social Dilemma, advertising was cited as one source of the problem. One witness, Marc Ginsburg, a former Ambassador to Morocco and now President of Coalition for a Safer Web, stated that “major social media companies [are] failing in the most fundamental way to adequately protect their customers or Americans, writ large from the threats posed by extremists and their efforts to radicalize raw recruits to their various causes,” adding “because the business model of mainstream social media is totally dependent on ad revenue, there is no financial or legal incentive for Facebook, Twitter, YouTube, or Instagram to submit to independent oversight and accountability.”

Tim Kendall, who was featured in The Social Dilemma and whose past roles included Facebook’s director of monetization from 2006-2009 and senior roles at Pinterest from 2012-2018 offered an extended analogy.

Building on Salesforce.com CEO Marc Benioff’s past statements comparing Facebook to cigarettes, Kendall stated that at Facebook “we sought to mine as much human attention as possible and turn into historically unprecedented profits. To do this, we didn’t simply create something useful and fun. We took a page from Big Tobacco’s playbook, working to make our offering addictive at the outset. Tobacco companies initially just sought to make nicotine more potent. But eventually that wasn’t enough to grow the business as fast as they hoped. And so, they added sugar and menthol to cigarettes so you could hold the smoke in your lungs for longer periods. At Facebook, a simple directory was engaging and kept people returning to the service. But business realities necessitated that we make the service even more engaging. To that end, we added status updates, photo tagging and likes, which made status and reputation primary and laid the groundwork for a teenage mental health crisis.

“Allowing for misinformation, conspiracy theories and fake news to flourish were like Big Tobacco’s bronchodilators, which allowed the cigarette smoke to cover more surface area of the lungs. But that incendiary content alone wasn’t enough. To continue to grow the user base and, in particular, the amount of time and attention users would surrender to Facebook, they needed more. Tobacco companies added ammonia to cigarettes to increase the speed with which nicotine traveled to the brain. Extreme, incendiary content—think shocking images, graphic videos and headlines that incite outrage—sowed tribalism and division. And the result has been unprecedented engagement—and profits. Facebook’s ability to deliver this incendiary content to the right person, at the right time, in the exact right way; that is their ammonia. Social media preys on the most primal parts of your brain. The algorithm maximizes your attention by hitting you repeatedly with content that triggers your strongest emotions—it aims to provoke, shock, and enrage.”

The U.S. Congress will likely eventually try to legislate, but undoubtedly, a wider range of actions will be needed to solve for the problems at hand. The bipartisan concerns that follow from these issues are continuing to play out, as illustrated in much of the current focus on Section 230 of the Communications Decency Act, which generally provides immunity to the internet-related platforms.

It is unclear that if immunity were removed that problems associated with posting problematic content would go away, not least as new communications technologies could emerge to serve the same objectives. It remains abundantly clear; however, that social media platforms need to take substantially more meaningful steps to, at best, reduce the problems at hand, even at the expense of near-term negative consequences on usage. Arguably, the long-term health of those platforms and the advertisers who support them will be improved if they do.

The good news, such as it is, for the platforms and their sponsors is that they will continue to have time to find ways to improve their product and find ways to make their platforms safer for consumers and society. For examples, reducing amplification of content, vetting of commercial partners rather than relying on self-service tools that require no human point of contact, or massively increasing human content moderation, or even in-sourcing that function, while acting as if Section 230 were repealed are among the actions these platforms could take on their own.

U.S. election-related advertising still on track for $15 billion in 2020. Of course, the consequences of radicalization – or at least of polarization – are playing out in the U.S. elections, and this has its own impact on the domestic advertising economy, especially with political and issue advertising. Our estimates published in June forecast spending of $14.8 billion during 2020 by candidates, party committees, Political Action Committees (PACs) and issue advertisers, up by 78% from 2018’s $8.3 billion level and by 127% from 2016’s $6.5 billion.

For 2020, this spending equates to 7% of all spending on media this year versus our estimate of only 1% last year, which featured relatively fewer elections. Of note, political advertising is important to non-political advertisers because of the distorting effects it can have, especially in the local markets where spending is concentrated.

New FEC data shows 2Q20 spending by federal political entities rose by 84% over 2Q16 and by 90% over 2Q18 levels. Supporting our expectations from earlier in the year, relatively new FEC (Federal Election Commission) historical campaign finance statistics, through the end of June of this year, have now been released. The data shows that expenditures on federal races, covering the Presidential election, those of Congressional candidates as well as spending by party committees and PACs, have sustained their rapid pace of growth, albeit at a slightly slower rate versus the first quarter during the heights of spending during the Democratic Presidential primary.

Nonetheless, expenditures rose by 84%, nearly doubling in the second quarter of 2020 over the second quarter of 2016 and rose by 90% over 2Q18 levels. Through the 18 months of the 2020 cycle, spending was up by 130% over 2018 levels and by 111% over 2016. More current fundraising data through the end of August shows that July and August of 2020 were up by 47% versus the equivalent period of 2016 and 91% over 2018 levels. These funds will largely be deployed into media during the latter part of the election. Paired with ongoing fundraising, which is likely accelerating following the death of Supreme Court Justice Ruth Bader Ginsburg, we think our estimates for spending continue to look reasonable.

One consequence, however, of polarization we are not overtly forecasting relates to the advertising market immediately around the election. With U.S. President Trump’s frequent statements that have attempted to cast doubt on mail-in voting and potential problems with managing the mail at the USPS under his control, paired with this week’s comments where he did not commit to a peaceful transfer of power, should amplify concerns about further political and civil strife in addition to heightened levels of consumer anxiety in the days, and possibly weeks, around the election. The choices marketers will make under these circumstances will be as uncertain as the outcome for the country.