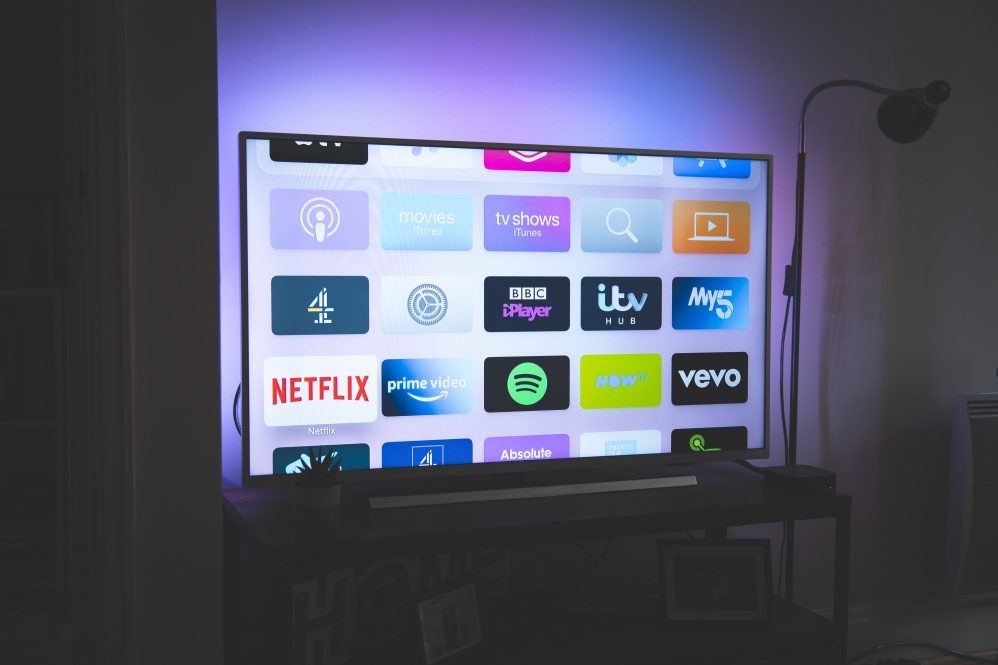 We look at the big takeaways for marketers from the Wall Street Journal’s new series of exposes on Facebook, look at ViacomCBS’ restructuring of Paramount Studios and scrutinize a recent academic publication on the effectiveness of television (and the role of marketing effectiveness studies in general.)

Easily the most important issue related to the media industry this week relates to a series of articles published by The Wall Street Journal about Facebook.  Five articles of a series (with more set to come) detail how Facebook exempts millions of VIPs from its standards of behavior on its platforms, how Instagram negatively impacts teen girls’ body images, how its algorithms amplify hate and toxic content, how the platform has enabled human trafficking and how it has contributed to the spread of misinformation around vaccines despite concurrent efforts to prevent many of these problems.   The issues raised so far and processes described are unlikely to cause a noticeable direct effect on the company’s advertising business, but at minimum, they will contribute to efforts to regulate the company and social media more generally in the US and around the world.

New reporting features actual documentation and details of problematic issues at Facebook.  While the broad thrust of these articles are not particularly surprising to long-standing Facebook watchers, what’s new is the reporting of documentation showing that Facebook management has been fully aware of each of these issues and the specific details involved, and the detailing of how Facebook may say things publicly which either contradicts what they are doing internally or which has the effect of misleading external parties, including the Facebook Oversight Board.  The third article was particularly relevant to marketers and media owners (and, arguably, overlaid all of the other issues raised), as it details elements of Facebook’s algorithm and clarifies that “meaningful social interactions” don’t necessarily mean “positive” social interactions.  “Facebook Tried to Make Its Platform a Healthier Place. It Got Angrier Instead” details how efforts to create “meaningful” social interactions had the effect of prioritizing hateful content and misinformation over other content.  Despite consequences, such as incenting publishers to prioritize material that exploited racial divisions, “fad/junky” science and “disturbing” news, and which caused political parties – in Poland, Taiwan and India – to prioritize negative posts rather than positive or neutral ones, proposals to change the algorithm to remedy these issues were rejected because of concerns they would reduce engagement on the platform.

The consequences of this news are likely limited for Facebook’s business.   What will the implications be of this reporting on Facebook’s business?  In the past, there have been many reports of negative activities from Facebook with limited consequences, if any.   Some issues simply did not resonate widely (as with Facebook’s role in civil unrest and ethnic violence in Myanmar prior to 2018, despite internal awareness of the matter years earlier), while others were met with a collective shrug by users (as with the revelations associated with Cambridge Analytica).  Other episodes did result in a more significant, if still-limited, reaction from many large marketers (as with last year’s US-focused brand boycott in response to the presence of hateful content on the platform), although the rapid growth in spending from other kinds of marketers meant that the observable impact from that effort was negligible.    While there will undoubtedly be some marketers who consciously choose their media partners based upon whether or not those partners have historically demonstrated that they share values, rightly or wrongly, most will prioritize whether or not the desired audience is engaging with that media owner in one form or another, at least so long as its platforms are perceived to offer value.  For Facebook, this will primarily depend on whether or not consumers continue to use those platforms in the large numbers they do today.  To the extent that a status quo persists on that front and as Facebook continues to develop ad products that attract growing numbers of individual marketers – primarily performance-based digital marketers, companies based in China and using Facebook directly or Wish indirectly to connect with US consumers, or small businesses – its overall business will continue to expand.

Regulators and politicians are likely to “lean in” to the news as a basis for future actions.  There is one set of stakeholders who are more likely to take tangible action in reaction to the news reported so far: regulators and politicians.  Many of them have capitalized on past revelations to justify their positions and preferences on a wide range of matters related to social media and technology-based companies.   Issues raised in the WSJ’s articles were raised in the past but were not fully addressed by Facebook.  Awareness of specific documentation behind these issues will now lead to more specific inquiries, as indicated in statements made by members of the US Congress subsequent to the articles’ publications.   Consequently, we can anticipate that wherever there are efforts underway to regulate social media in general (if not Facebook in particular), it seems more likely than not that this new reporting will serve as an important catalyst for what comes next on this front.

Will ad-supported TV remain a refuge of quality for advertisers?  Different challenges remain.  Of course, marketers are hopeful that digital platforms they work with will serve as useful environments to mostly positively engage with consumers, if only because the medium which so many of them have historically relied upon – television – faces many challenges.

Restructuring at ViacomCBS announced this past week illustrates the ongoing shift in focus to streaming for the industry.  One challenge relates to the diminishing role of ad-supported TV.  This week came a restructuring paired with personnel changes at ViacomCBS, which installed the current leader of Nickelodeon-related businesses as the head of the Paramount film studio, which will include oversight of films developed for the Paramount+ streaming service.  We’ve previously written about how studios will continue to produce conventionally released films, but – pandemic or no pandemic – appear to be increasingly shifting resources to develop films that will debut through streaming services, as this content helps drive consumers to subscribe, and thus helps companies meet their primary strategic goals, which Wall Street happily rewards.   Of course, there will be advertising attached to much of the programming on many of the world’s streaming services, but so long as Netflix, Amazon Prime Video, Disney+ and Apple – each among the biggest spenders on content, with correspondingly large shares of audiences likely to follow – are essentially ad-free, every other platform will remain pressured to keep their ad loads light.

Streaming services could – possibly – lead to improvements in TV advertising’s effectiveness.  But it’s not all bad.  In a world with lower ad loads and higher quality programming, perhaps advertising can become more effective and help marketers to more efficiently achieve their goals, even if costs at a unit level might be more significantly more expensive.   For most marketers focused on using media to build their brands, television will remain (in our recasting of Winston Churchill’s quip on democracy and governments) the worst form of advertising, except for all those others which have been tried.   The combination of site, sound and motion-based creative units paired with the borrowing of the brand equity of the content around which ads run will likely continue to support the goals for many marketers better than any available substitute for the foreseeable future.

A recent academic paper featured at this coming week’s ARF conference suggests low returns from TV for packaged goods marketers.  Of course, some would argue it’s not particularly effective today for some marketers. A recent study from the Kellogg School at Northwestern University’s Anna Tuchman entitled “TV Advertising Effectiveness and Profitability: Generalizable Results from 288 Brands” – and which is the centerpiece of a presentation and panel at an upcoming ARF conference this coming week – claims as much by stating that television advertising produces “negative ROIs at the margin for more than 80% of brands, implying over-investment in advertising by most firms.”

There is a wide range of methodological considerations to scrutinize when looking at any academic study of media effectiveness.  Arguments of this nature require scrutiny of methodology in order to assess those conclusions.   First, it remains important for brands to consider whether or not the goals studied in the report (weekly sales) match what brands actually set out to accomplish.  For example, many CPG brands focus on metrics such as share of voice for a range of reasons such as the contribution share of voice brings to the longer-term multi-year health of their businesses (an idea warranting further studying, to be sure)   Second, there is the interplay of spending across media, which is not accounted for – few marketers would have relied solely on television advertising.

There is also the issue of whether or not underlying data inputs are valid for such studies, as the underlying sources of data include Nielsen’s Ad Intel data for ad spending (which would have overstated the estimated spending at the brand level to a significant degree vs. the actual levels of spending incurred by marketers, with differences in pricing which could vary widely by brand) and the use of the Nielsen Homescan panel to track purchases, which has its own methodological considerations to account for.    And then there is the issue of whether or not television campaigns were run because retail partners effectively required them for brands to secure shelf space.  Further, the data studied covered the period between 2010 through 2014 – a period which probably feels a lot different to many marketers today, as more sources of data now inform the choices that marketers make.

Moreover, there is a general question of whether or not conclusions apply to other categories, whether they are applicable across geographies and whether they are applicable across time.   Further, as we noted, to the extent that media owners have effectively downgraded the quality of their ad-supported inventory by adding so much clutter over time, a world that is increasingly ad-light could lead to significant improvements in ineffectiveness.

Marketers should continually invest in studies of effectiveness related to their own spending on existing channels and generalized studies for channels in which they do not have a presence.  With an eye towards structuring studies in methodologically sound ways, marketers should always look to assess whether or not their existing media choices are optimized for their own brand goals using data at their disposal.   In a world where core advertising platforms may not be as palatable as they once were, clearly assessing the benefits and costs of those platforms is increasingly important. Arguably, generalized studies with methodological limitations may be most helpful in provoking ideas that help drive brand owners into new media and marketing channels.  Doing so maybe one of the best ways to continually support the pursuit of business goals while avoiding the industry’s pitfalls.