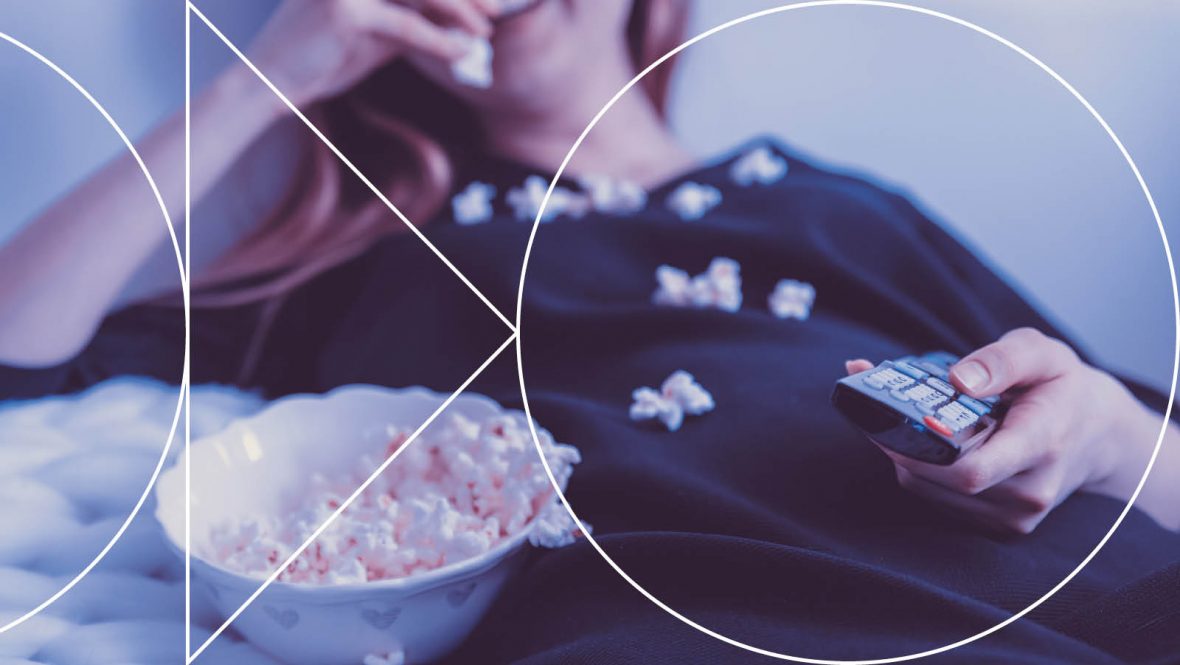 Impact of Streaming on Ad-Supported TV Gradual in Near-Term

Television, or whatever one calls the evolving confluence of video entertainment enjoyed outside of movie theaters, the most premium environment for sight, sound and motion-based advertising, has changed dramatically in the last two decades.

Early in this century, the ad industry was concerned with ad-skipping enabled by DVR recording of programming. Arguably, it was obvious the issue was never going to be as significant as many feared. TV consumption has been passive by nature, and the bulk of TV was always going to be watched live. Also, the roll-out of DVRs to pay-TV households was going to be gradual given slow procurement and distribution of set top boxes by cable and satellite operators. And while it’s true the share of program viewing consumed through MVPD-enabled time-shifting has become substantial, it hasn’t been so much so that advertisers haven’t been able to adapt.

By contrast, the meteoric rise of Netflix and over-the-top streaming never seemed to cause as much of an industry freak-out. Maybe it’s because in the early days, the “Albanian Army” (former Time Warner CEO Jeff Bewkes’ characterization of Netflix) never seemed likely to take over the world. Or, perhaps marketers and agencies looked at it for what it was – an incremental change.

Now we know Netflix’ success has become more meaningful than time-shifting. Its business model and investment in original content became a proof-of-concept emulated by Amazon and Hulu.

This has incited action by TV incumbents. It’s the proximate cause of the Disney-Fox transaction and Disney’s planned launch of Disney+ (colloquially known as “Disney-flix”). We’re also anticipating launches of new services from Comcast’s NBC Universal and AT&T’s Warner Entertainment. By next year, there should be at least six major “general entertainment” streaming video services with original content in the U.S – and possibly seven, if Apple launches a service by then as well.  Google and Facebook could very well be not-far-behind.   Much of the programming from these services will be available globally.  However, the degree of impact will depend on how much capital each company is willing to invest, as well each company’s willingness to risk cannibalizing existing revenues streams.

Business models will likely vary between the different offerings.  Disney’s and Warner’s products will reportedly focus on subscriber revenues, as Netflix does today. NBC Universal has telegraphed that its offering will be ad-supported, “ad-free version available for a fee,” a hybrid model. Hulu (soon majority-controlled by Disney) already has a hybrid approach with the majority its revenues sourced from subscribers, but it does have sizable advertising business. Amazon Prime Video is altogether different because the video content is essentially “complimentary” to its best retail customers.

Hulu’s approach demonstrates there is the opportunity for advertising to effectively flow into these services when inventory is available, and Amazon is also likely to expand the advertising opportunities it provides marketers. However, if Netflix is the mark that the new services strive to hit, advertising is likely to remain as a secondary revenue stream in this market. The subscriber fee model will likely continue to dominate.

Consumer Spending on Video Services Is Only Growing Modestly

An analysis of consumer spending on video is helpful to understanding the potential trajectory of these new businesses. In the U.S., spending on video — including cable and satellite TV, theatrical movies, rentals, downloads and streaming services – has grown by a compounded annual growth rate (CAGR) of only +2% over the past eight years to amount to nearly $140bn in total consumer spending during 2018, as illustrated below.

(Note: these figures exclude spending potentially attributable to Amazon Prime Video (no additional charge to Prime members). Undoubtedly, some customers would happily pay for this content. Fees for this content might have boosted overall spending growth.)

The pace of growth slowed to flat levels over the past two years as consumers increasingly accessed “skinny bundles” or “cut the cord.” This is despite price increases for like-for-like services. Considering household growth and inflation, real spending per household on video is actually negative over the past two years. This is remarkable considering many consider this a new “golden era” of television with so much high-quality content being produced.

Building on this observation, if we assume growth of around +2% were to resume, it would mean there is $3bn of new spending available every year.   This would add to spending freed up as traditional MVPDs see further erosion in their subscriber bases.  With a -2% decline (and assuming total cost increases for services offset shifts to skinny bundles among the remaining 98% of subscribers), that would equate to another $2bn in spending freed up for new streaming services.

For immediate purposes, we can assume flat spending on theatrical movie-going and sales, rentals and other paid downloads of videos (collectively around $20bn in annual spending).

Between the reduced spending on traditional cable services and total market growth, we can then estimate that there would be $5bn of spending available to cover growth in spending on incumbent and emerging streaming services.

If we assume that all of this went to SVOD services rather than vMVPDs (let’s assume growth there comes from reduced spending on traditional MVPDs beyond the aforementioned -2% decline), and if we also assume that Netflix captures $1-2bn of this figure through price increases and subscriber expansion, $3-4bn would be left for everyone else.

At $10-$15 per month, that would mean 23mm total new paid subscriber units across Hulu and the new Disney, NBCU and Warner services, or mid-single digit million subscriber additions for each service every year.

And, it includes significant assumptions – most obviously that owners will be willing the shoulder significant near-term losses as they build their businesses, and that sufficient talent will be found to develop and produce compelling content to the standard expected.

The Impact of Streaming Services On Advertising Will Be Gradual

Against this backdrop, we can consider implications for the advertising eco-system by assessing how much additional change will happen in the near-term.

It is possible that hit programming on the new platforms will cause consumers to massively shift viewing away from traditional TV at a faster pace than we’ve seen to this point, but it seems unlikely. The gap in quality would need to expand massively. More likely, if the new entities allocate capital to programming (originals and library content) in an approach similar to Netflix, we’re likely to see another mid-to-high single digit share of viewing shift from traditional TV.

On the other hand, there are factors which tether consumers to the legacy video distribution business.  Most critically, the bulk of top-tier live sports such as the NFL and NBA are likely to remain on traditional TV, tying most consumers to their existing services in some form.

Further, discounted broadband offerings from incumbent MVPDS will also encourage most consumers to refrain from fully “cutting the cord,” as will maintaining access to local broadcast networks.

With consumer access to traditional services maintained, there will still be substantial opportunity for incumbent TV networks to produce and distribute widely viewed programming.  This means that overall, new services will probably be complimentary to the industry, and change will continue to be gradual and incremental. The reach of traditional TV will likely hold up relatively well (vs. alternative sources of premium video). To the extent it erodes, this will also likely be gradual.

Still, advertisers will benefit as consumers embrace new services. The high bar of quality and on-demand nature of programming on streaming services likely means that consumers will be more highly engaged when watching than will generally be true for traditional TV.  The advertising environment will also offer less clutter and more of an opportunity to break through.   And targeting opportunities, which should be universally available, will also likely be superior vs. traditional TV.   While the volume of units will likely be modest initially, the overall quality of new ad units will be substantially improved.

So, just as they’ve adapted to a world with significant time-shifting, advertisers will have time to adapt to the streaming era.  They will also see many of its benefits as well. 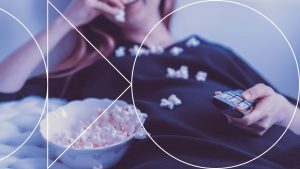 Impact of Streaming on Ad-Supported TV Gradual in Near-Term