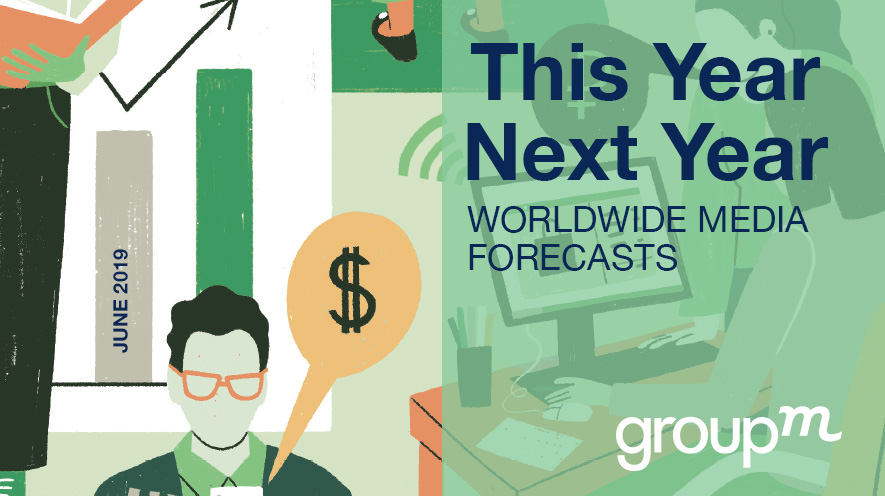 New York, N.Y. (June 13, 2019) – GroupM, WPP’s media investment group, today released its Worldwide Media Forecast, This Year, Next Year, which predicts growth of the advertising industry across more than 60 territories through the end of 2019 and into 2020. Most notably, GroupM forecasts +3.4 percent growth in 2019, or +4.6 percent on an underlying basis (which excludes political advertising in the United States). For 2020, the report forecasts a slight acceleration on an underlying basis, with a forecast of +4.7 percent growth. Adding in political advertising in the United States, total global growth will be more like +6.0 percent. Globally, the U.S. is a key driver of the industry’s ongoing expansion, but so too are China, Brazil, India and the U.K. Digital advertising continues to be the largest growth medium across markets.

“While the economic foundations supporting the advertising industry are somewhat fragile at this time, growth trends are holding up for now,” said Brian Wieser, global president of business intelligence, GroupM.

Notable Geographic Trends: The U.S., China, Brazil, India and U.K. Lead the Pack
Looking at significant contributors to overall global growth, the U.S., China, Brazil, India and the U.K. collectively account for well over half of growth in 2019 and 2020. China, which represents one-sixth of global advertising, expects +5.6 percent growth in 2020. Brazil also stands out for its reversal from a -0.9 percent predicted decline in 2019 to a +6.1 percent gain in 2020, despite mixed conditions for its overall economy. India expects double-digit growth in 2019 (+14 percent) and 2020 (+13 percent), making it set to surpass Australia and Canada by next year as the world’s eighth-largest ad market. As for the U.K., growth of more than +6.1 percent this year, and +4.6 percent next, makes the world’s fourth-largest ad market one of the healthiest despite the uncertainties surrounding Brexit.

Digital is Unstoppable But Deceleration is Evident
Unsurprisingly, internet related activity dominates the global advertising marketplace, capturing 50 percent of the world’s advertising spending in 2020, double its 25 percent share from 2014. However, as digital media continues to mature, GroupM predicts its share of spending will eventually plateau. As a result, growth will ultimately decelerate with each passing year to eventually converge with global averages.

TV, Print, Outdoor and Radio Continue to Underperform
Television, set to account for 30 percent of advertising in 2020, has lost share over time as growth has essentially flattened. Worldwide, GroupM expects the medium to fall -3.0 percent in 2019 before rising in 2020 by +1.5 percent. This volatility is primarily due to activity in the United States, which represents 36 percent of the world’s total TV advertising, also heavily impacted by political advertising. Conversely, and unsurprisingly, newspapers are set to decline again in 2019 and 2020, down -9.3 percent and -5.8 percent respectively, amounting to only $38 billion in ad revenue. Newspapers represent 6.0 percent of the world’s total advertising, down from 34 percent 20 years ago. 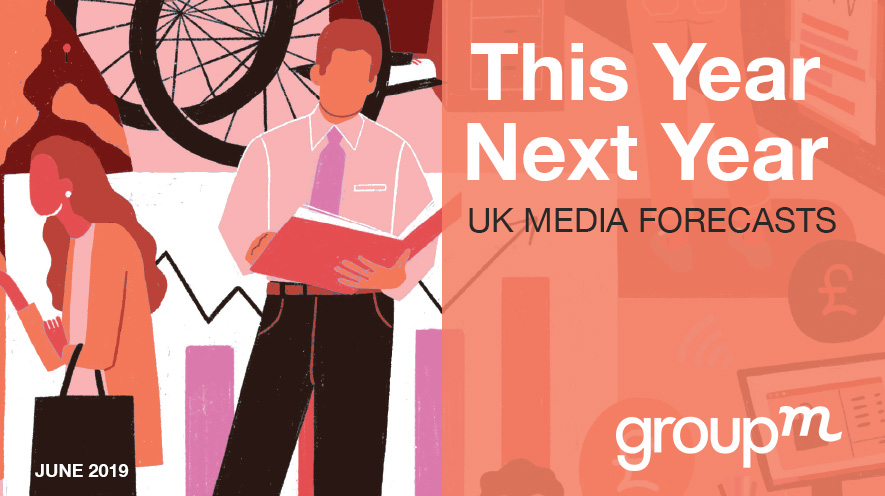 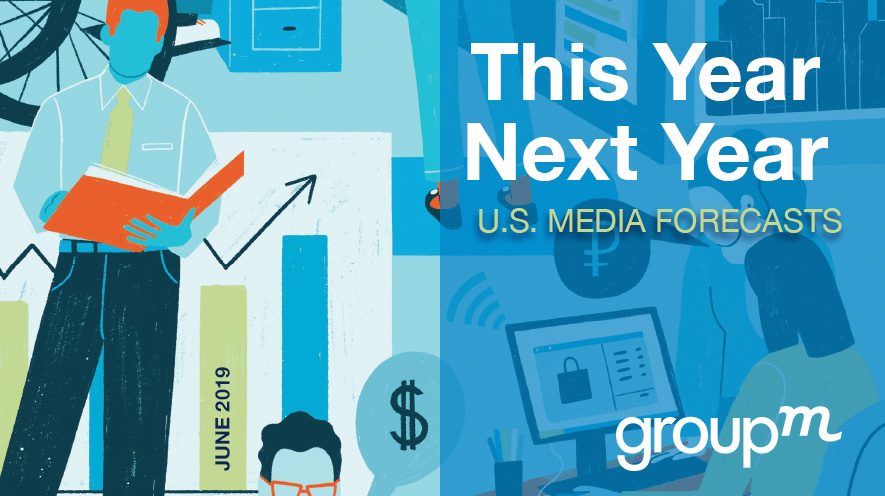