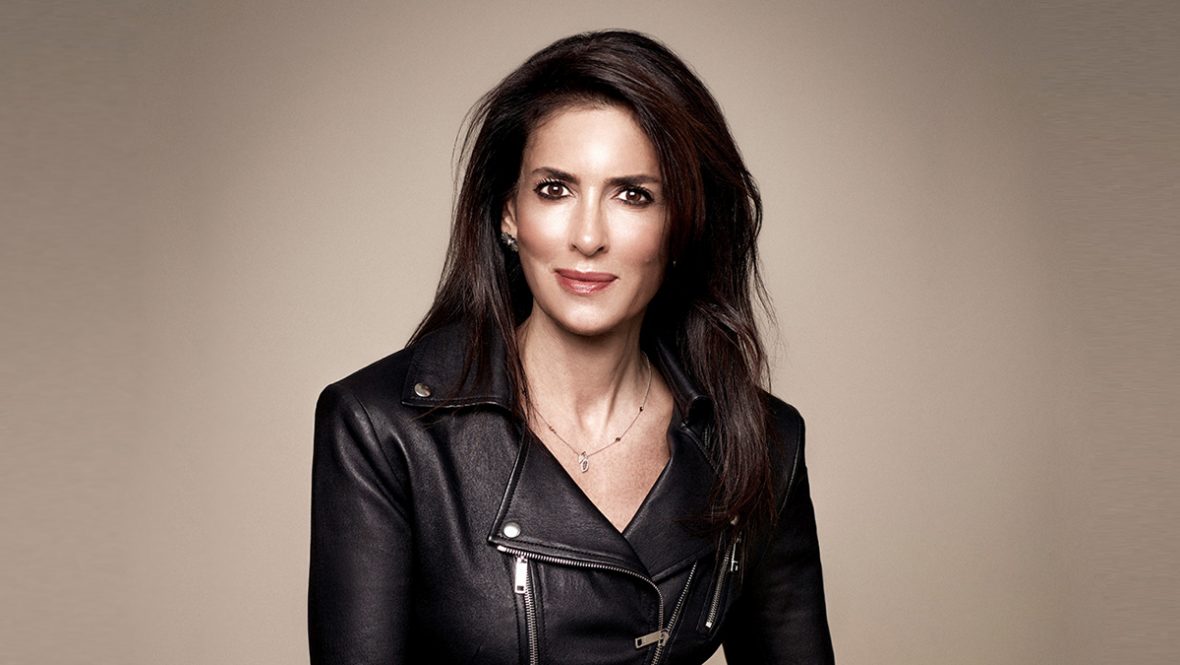 All Things Being Equal: Demet Ikilier talks equality and sustainability

Group M’s Demet Ikiler discusses ways to lift women up, and other ways to make the industry existentially better.

As written by Austyn Allison in Campaign Middle East

Demet Ikilier is the CEO of GroupM EMEA and WPP’s country chair for her home country of Turkey. She has held the latter title since 2013, three years after she became the country’s CEO of GroupM in 2010. She took on her wider EMEA CEO role at WPP’s media buying arm in February of 2020.

That promotion came a month before Covid-19 locked down the world, so until recently Ikilier has had little time to visit many of the markets for which she is responsible.

But in December she made it to Dubai, where she spoke to Campaign about equality and sustainability.

Ikilier sits on the board of the UN’s Global Compact Turkey and represented GroupM and WPP at the Global Agenda Council of Women’s Empowerment at the World Economic Forum 2021. In April 2019, across the 25 WPP agencies she is responsible for in Turkey, she launched the WPP Culture Project to address the issue of gender equality. As a leading woman in an industry where the top jobs tend to be held by men, she is a role model for other women rising up the ranks of media.

But her passion for equality reaches further than female empowerment alone; diversity doesn’t only refer to gender.

“It’s important to understand how each market conceptualises diversity,” says Ikilier. “It could be different things. When you are in Denmark you talk more about LGBTQ+. That’s the focus there; you don’t really talk about women anymore in Denmark. In the Netherlands it’s a different topic, or if you go to Poland, for example, gender is still an issue but they are more concerned about disabled people not being a part of the social life; they say that our number one priority, in terms of integrating more diversity into our culture, is to create more space for disabled people. If you go to South Africa, on a much bigger scale, Black Lives Matter is still a very important topic.”

In the Middle East, gender diversity is still a hot topic, though, particularly in terms of top industry leadership.

Despite a large number of respected women at almost all levels of agency management, in the Middle East few network agencies or holding groups are currently headed by women at CEO or chair level.

So what does the industry need to do to help women to reach the top?

As long as society still expects women to be homemakers and care-givers first, and put their careers second, being gender-blind and giving women the same opportunities as men isn’t enough to help a woman do well. Women have centuries of cultural bias working against them, so a supportive employer will not only remove barriers but will also provide extra support to enable women to fulfil their potential. “Providing equal circumstances and chances is not enough,” says Ikilier. “I need to understand her personal circumstances and act accordingly, providing more support, first of all, providing coaching, providing mentoring and providing real support for her to reconcile her family and work life together.”

Positive discrimination and making a concentrated effort to address diversity issues can fairly quickly move from being a project that requires specific focus to becoming part of how a company thinks, says Ikilier.

“What I’ve been observing is that it has been really quick, this shift in the mindset,” she says. “And then obviously it will take time to make it permanent, to make it natural and authentic. … These are the things that we need to do at the beginning. And then that will become a part of the natural journey.”

After they are hired, people must feel comfortable working within the agency. Whether that is providing culturally specific facilities such as prayer rooms for Muslims, making the workplace more accessible for people with disabilities, or making the work culture comfortable for women.

There is an oft-cited observation that men are likely to apply for positions if they meet 60 per cent of the job requirements, while women will not apply unless they feel they satisfy all of the criteria.

They must be encouraged more to stick up their hands, and particularly to take the final step into the top spots.

“There are a lot of great women doing the work, but they are in the position of number twos,” says Ikilier. “It’s very important to help them make the last mile to go to the top, because it takes a bit more concentration to make the last leap.”

Decades, even centuries, of subconscious bias have led to gendered language in the workplace that can hinder women’s progress by fortifying harmful stereotypes. Women often see themselves as ‘nurturing’, ‘supporting’ or ‘helping’, qualities that might make a man appear weak in a work environment. Conversely, masculine traits such as ambition can sound nasty when associated with women.

“Don’t be ashamed if you’re ambitious,” says Ikilier. “Say out loud, I’m doing this. Ambition is a good quality and helps you to succeed.” She points out what should be obvious about the caring-vs-ambitious conundrum: “We can do both. That’s the advantage of being a woman.”

Alongside a commitment to interviewing diverse candidates for open roles, WPP has other pledges in place. In the MENA region, GroupM MENA CEO Ravi Rao says that while the group currently has a 60:40 male-to-female ratio, it is committed to raising the proportion of female staff above 50 per cent by 2024. Currently six out of 13 managing directors in the region are female.

While gender inclusion is a hot topic in the MENA region, it is far from being the only challenge a conscientious company must tackle. Climate change is the main problem society faces, says Ikilier. It is a challenge that will continue to be urgent as conversations about inclusion shift.

“The most important issue that we have is obviously global warming, much more and more and more, because it’s super urgent, because we’re already too late,” she says. “The house is on fire, the children are sleeping upstairs and we are the parents.”

WPP has made a net-zero commitment. It will become carbon-neutral and reduce its carbon emissions by half by 2030. It is developing a new methodology to calculate the carbon emissions of media plans, as part of its Responsible Investment Framework. The system will be trialled before it is rolled out globally. However, local media owners – who in 2021 took 55 per cent, or $228m of GroupM’s MENA ad spend – are often not as up-to-date with climate-change thinking as the Metas and Alphabets of the world.

“It is our responsibility to educate those people so that they incorporate their approach into our collective system,” says Ikilier. “Then we start tracking the carbon emissions of a media plan, and then when you make the choices of which media we are going to use in the future, it’s going to be OK. We will definitely work with the ones who are committed to net zero, and that will also be us affecting the ecosystem, using our power for the greater good and to serve our purpose.”

When Demet Ikilier is asked about her own success, she says she feels humbled, as she doesn’t like talking about herself. Yet she will, if it helps other women tread in her footsteps as they too tackle the challenges of their gender to rise through the ranks.

Ikilier says she grew up with a strong mother, a housewife who never had the opportunity to work. “But she was full of ambition,” says Ikilier. “She raised me, and she always said, if you do your best you get where you want to get. So, I always believed in myself, even when I was not capable. I always thought that there would be a way for me to succeed if I do enough, if I do my best.”

Living in Turkey also taught the young Ikilier to be resourceful. “Growing up in a developing country with lots of ups and downs was a roller-coaster kind of journey, so it made me really resilient,” she says. “For me, there is always a solution. If one door is closed, there will be another door. If we can’t make it happen, we will make it happen tomorrow.”

The third aspect that helped Ikilier was the allyship of those around her. “You need to have good people supporting you, believing in you,” she says. “This should be your team. This should be your family, your husband or partner. I was lucky in that sense, because my husband supported me the whole time.”

“Every man is also either a husband or a partner, or a father or a brother,” says Ikilier. “The best thing that I could do for my daughter [if I had one] is to raise my son in the best possible way.”

She adds: “Every man plays a role in a woman’s life one way or another, so be aware.”

Aged 30, Ikilier became CEO of Mindshare Turkey, and she says she faced a lot of guilt as she grew the business, often at the expense of her family life. She had a baby – then aged one and a half – at home, and her commitment to work meant she made a lot of sacrifices. She didn’t see her son take his first steps; instead her mother called her to say he was walking.

Although she was committed to her job, and her work made her happy, she would have done things differently in retrospect. “The advice that I give to younger women now is to find a better balance much earlier in life,” she says.

After “a bit of a crash,” Ikilier came back stronger, with a better balance between the work that drives her and the family that supports her.

She says: “I will always prioritise work because it feeds me, it feeds my soul, my brain. It’s my motivation. Every morning, I wake up to it, you know, a new day, I put makeup on, and it’s a part of my life.”