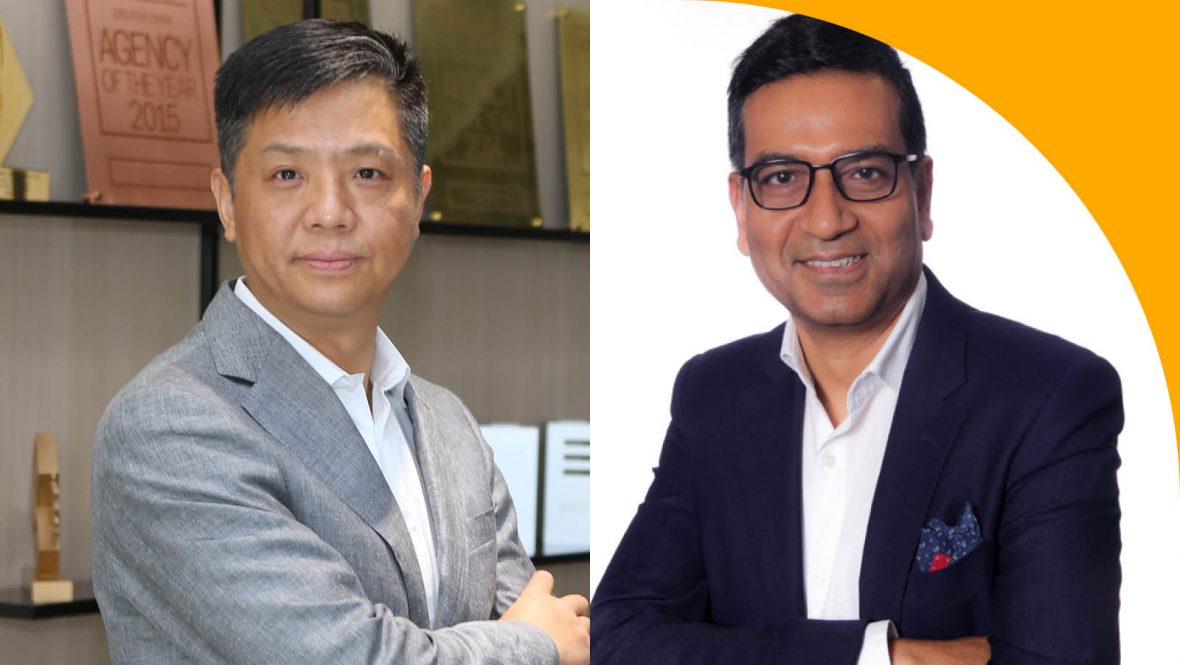 In their new roles, Xu and Srivastava will join recently named EMEA CEO Demet İkiler as the newest members of the Global Leadership Team and will be responsible for strategy and operations throughout the APAC region across GroupM’s agencies, including Mindshare, MediaCom, Wavemaker, Essence and m/Six. GroupM APAC has a market share of 43% in the region, with 12,000 people and nearly $16 billion in billings across 16 countries (COMvergence, 2019) – including three of the top ten markets globally. Patrick and Ashutosh will champion GroupM’s strategy to work with agency and GroupM leadership in the region using the group’s scale to provide more powerful and effective solutions for clients through the development of global technology-enabled services.

“We elected to structure the region this way given its size and cultural diversity,” GroupM Global COO Mark Patterson said. “The leaders of this region require broad and deep local market understanding and cultural insight as well as a hands-on approach working with the regional and market teams. Patrick and Ashutosh fit the bill perfectly. The region couldn’t be in better hands.”

Xu joined GroupM in 2014 as China CEO, leading the group to double-digit growth annually since 2015. In early 2017, Xu added WPP Country Manager to his remit, responsible for delivering growth and attracting, developing and retaining the best and most diverse talent in WPP’s third largest market with more than 10,000 people across the group.

“I am excited and honored to have the opportunity to jointly drive the development of GroupM in Asia Pacific with Ashutosh and our team,” Xu said. “We have the fastest-growing and the most progressive digital markets in the world with incredible diversity of media landscapes, cultures and consumer preferences. Our joint leadership will do all we can to enhance synergy and create more value for our clients as well as our media and tech partners.”

Srivastava joined WPP in 1997 in India with J. Walter Thompson, leading the Unilever relationship until 2001. In that role, he helped consolidate the business across South Asia and MENA, culminating in the launch of Mindshare in that part of the world. He was subsequently the CEO for GroupM in South Asia, before moving to Singapore to be Mindshare APAC CEO in 2006. He then became Mindshare’s global products and talent leader from 2012-14 and, since then, has been CEO for its growth markets group covering APAC, MENA, Africa and Russia.
“Developing people and products has always been my prime passion,” Srivastava said. “I look forward to leading GroupM in the region with Patrick, especially to help our agencies differentiate themselves in the market and unlock growth for our clients. With such a huge market share, we also have a unique opportunity to work closely with brand marketers and various media, tech and data partners, to reshape our industry into a force for good for the world. We’re looking forward to working with these partners to help clean-up ad fraud, personal data misuse and unsafe environments through the development of sustainable practices.”

Under Srivastava’s leadership, Mindshare APAC became a market leader, leveraging its core value of provocation to dominate awards in the region such as the Spikes, Tangrams, Festival of Media APAC and MMA Smarties APAC. Mindshare has also been named Campaign’s Media Agency Network of the Year in APAC for five consecutive years. Mindshare APAC’s success also contributed toward Mindshare being named the Cannes Lions Media Network of the Year in 2019 and the MMA Global Mobile Agency of the Year for the past two years.

Ashutosh will transition his leadership of Mindshare’s Russia, Middle East and Africa markets to Helen McRae, CEO Mindshare EMEA and Worldwide Client Group, in due course.

Xu will be based in Shanghai and Srivastava remains in Singapore.