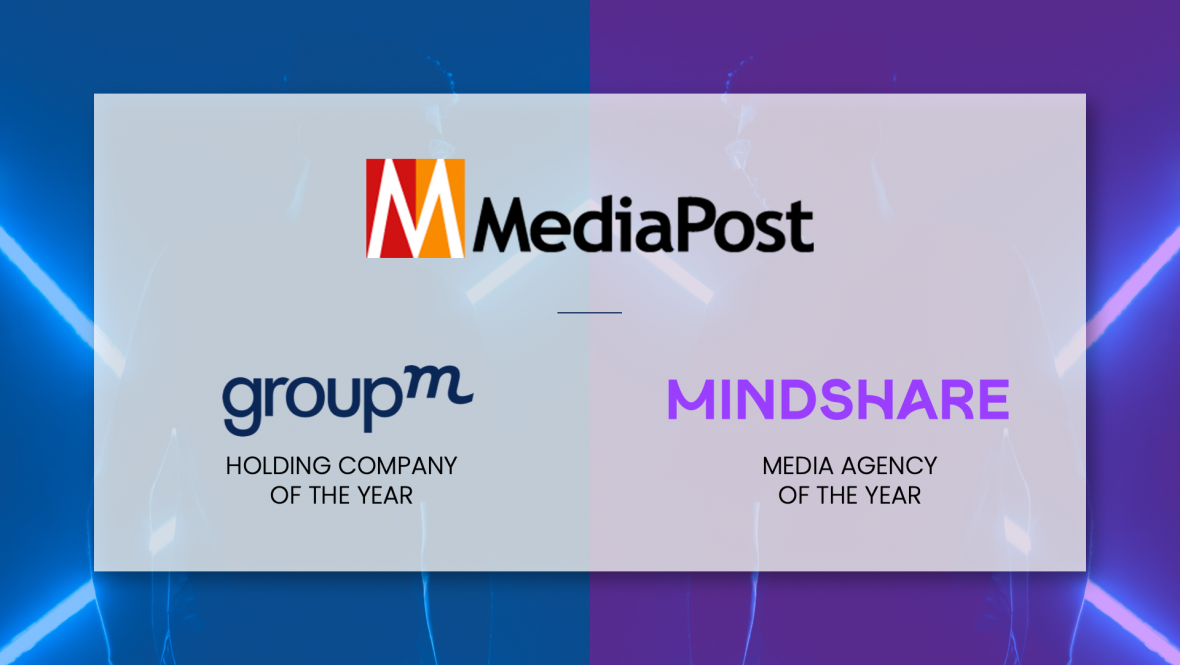 GroupM has been named MediaPost’s Media Holding Company of the Year for the second year in a row for our continued push to implement tangible changes for our industry that shape the next era of media where advertising works better for people everywhere.

“… GroupM went well beyond transforming its own organization to actually impact the industry — as well as the world — at large,” MediaPost said in its announcement.

Introducing a global framework to reduce carbon emissions in advertising— which was jointly developed by Olivieri, Ollie Joyce, Mindshare’s Global Chief Transformation Officer, and Kieley Taylor, GroupM’s Global Head of Partnerships—was cited by MediaPost as our strongest case for the win. This was in addition to the establishment of the GroupM Premium Marketplace, setting new expectations for television measurement and creating pipelines to recruit and support inclusive talent are some of the standout initiatives that have earned GroupM this honor, according to the publication.

In co-developing the media decarbonization framework — and thus raising the industry’s consciousness about the role that media buys play in the climate crisis — Krystal Olivieri has secured a place on MediaPost’s Media All-Stars list. During her tenure as GroupM’s and Choreograph’s Global Chief Innovation Officer, she has led the evolution of GroupM’s software-based approach toward increased responsible investment in the marketplace, using her team’s tools and products as a catalyst to drive innovation across the business.

And, as a key collaborator on many of GroupM’s tools, in addition to her work putting Wavemaker at the forefront of data and privacy conversation with its contextual targeting capabilities, Delphine Fabre-Hernoux has also secured a place on MediaPost’s Media All-Stars list. During her tenure as Wavemaker’s Chief Data & Analytics Officer, Fabre-Hernoux has built a new kind of research, data, analytics and insights group inside Wavemaker, an agency already well-known for its data-processing chops.

MediaPost has also named Mindshare its Agency of the Year for, notably, its ability to demonstrate innovation. One example of this innovative work includes Mindshare’s collaboration with IBM to create a free, open-source toolkit to help marketers check for bias in their campaigns.