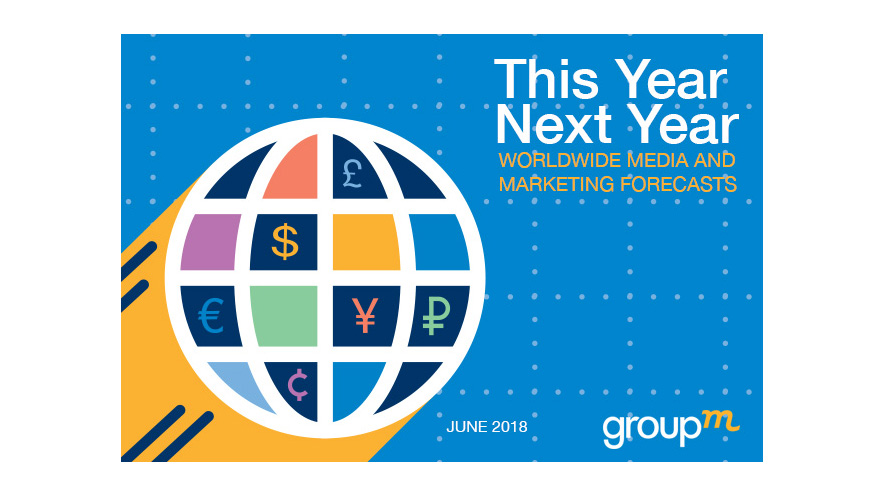 CANNES, France. June 20, 2018 –GroupM, the world’s leading media investment company, today updated its 2018 ad investment forecasts and released its initial 2019 outlook. GroupM believes there will be $24B in net new advertising investment this year, the best annual increment since the bounce back from the global recession in 2010 when $26B was added to investment. GroupM estimates total advertising investment will grow by 4.5% this year and by 3.9% in 2019. GroupM also reported that 2017 investment grew by 3.5%, higher than the 3.1% earlier predicted.

Excluding China, Facebook and Google captured 135% of the growth in digital advertising investment in 2017 according to GroupM’s analysis. While still a tough story for other digital media vendors, this is lower than GroupM expected. GroupM anticipated that these two companies would account for 186% of digital’s growth, but this is mitigated by GroupM’s expanded estimate of the total digital market with better representation of smaller advertisers (or the long tail of advertisers who often do not employ agencies). GroupM also qualifies this assessment with the observation that the line between “digital” and “broadcast” continues to become less distinct. Ad revenue flowing into the IP-delivered services of broadcast TV brands is counted as “digital.”

GroupM observes that advertising’s share of global GDP peaked between 2004-2006 at 0.85% (that is under 1% of global economic effort) and has declined to 0.68% forecast for 2018. Part of this is big advertisers controlling costs more closely in low growth environments. Younger consumer economies, where per- capita advertising investment is lower, are another factor. However, other factors impacting advertising’s lower share of global GDP are measurement issues that could be solved. These include the potential under measurement of digital advertising expenditures and difficulty quantifying the long tail of advertisers -- the number one source of advertising growth.

“We’d like to have better intelligence on the ways investment dollars are flowing to digital,” said Adam Smith, Futures Director. “Digital ad revenue is reported either in whole, or by type, principally display and search, but never discriminates between large and small media owners, nor the short and long tail of advertisers who buy with or without agency support. While the same concern applies to other media, digital is unique in its long tail being dominated by global vendors. Because digital is mostly walled gardens, a country is doing well if 20% of its digital ad investment is properly categorized.” 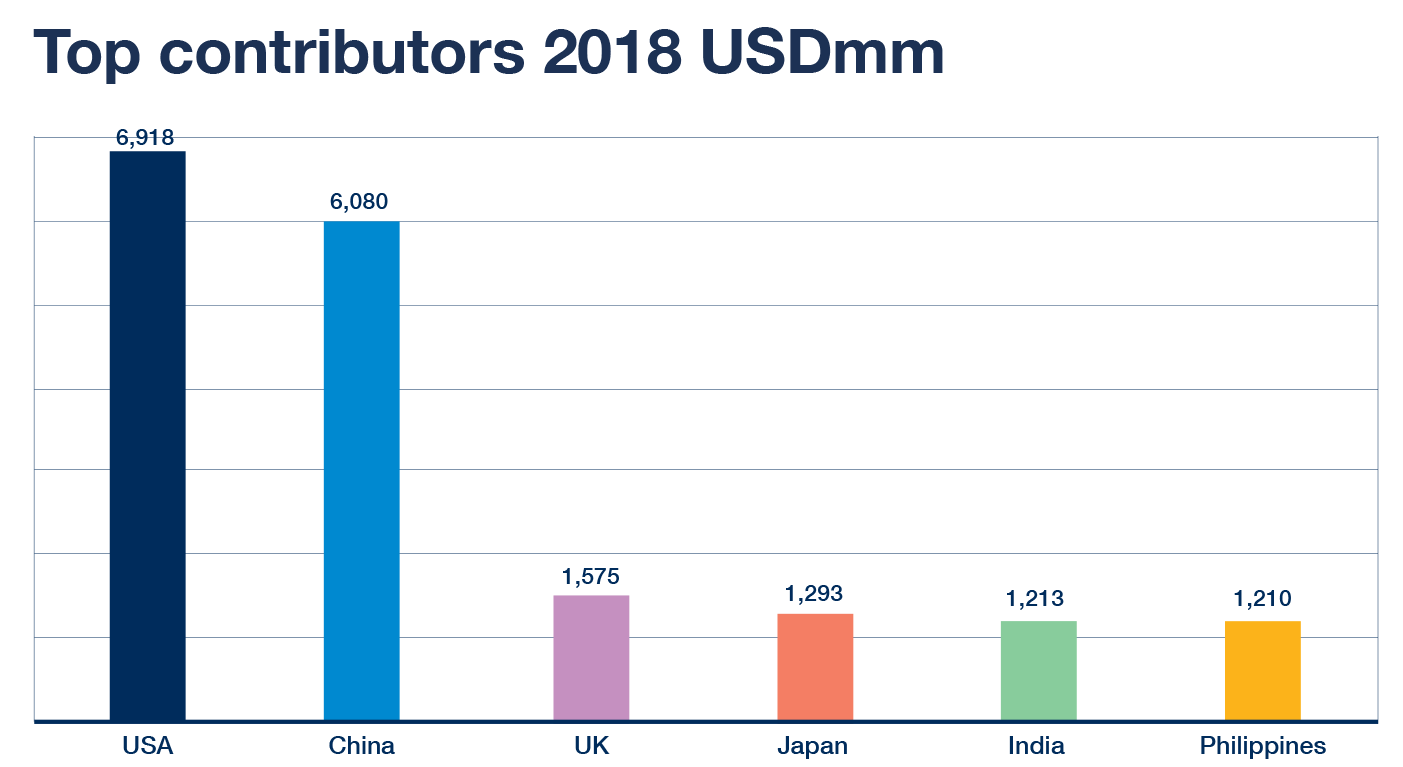 The United States, China, the United Kingdom, Japan, India and the Philippines are the biggest growth contributors globally.

The impact of first five economies are familiar stories. The Philippines enter GroupM’s analysis as the newest and smallest of the billion-dollar growth contributors in 2018. It is by far the largest of the ASEAN ad economies, with forecasted per-capita ad investment of $60 this year, double the regional average.

Since 2013, GroupM has reported a smaller overall digital investment figure than the IAB in the U.S. GroupM’s calculation includes evidence from its own trading and its own view of the allocation between “working media” investment and what advertisers spend on related services such as analysis and verification. GroupM estimates SMB digital ad investment is approximately 60% of the total, but growing above average and that SMB advertising is more digital-intensive/exclusive.  Also, GroupM formerly separated digital into ‘search’ and ‘other’ but now reports a consolidated ‘digital’ line as ‘search’ is becoming less distinct, principally because of the use of keywords to optimize display in venues such as YouTube.

Per GroupM, China will represent 17% of global ad volume in 2018, doubling its investment volumes over the past 11 years. Given the positive macroeconomic outlook, GroupM expects continued steady media investment growth on the order of 6.8% in 2018 and 6.6% in 2019.Internet advertising is still the major growth driver in China and is likely to surpass 60% of measured advertising investment this year.

In the U.K., 2017 may mark peak media investment growth at 6.4%. For 2018, GroupM predicts 6.1% and further deceleration to 5.1% in 2019. “Pure-play internet” will still grow share, rising in 2019 to 60% of total advertising economy surpassing £20 billion for the first time. Digitization of the smaller traditional media – print, outdoor, radio, cinema – is tangibly improving their ad revenue trajectories, and stimulating renewed focus on harnessing data and technology to serve and anticipate advertiser needs.

Japan, which at $46bn is the world’s number-three ad market after the U.S. and China, expect the 2020 Tokyo Olympics to sustain its present economic and advertising recovery. Although late by global standards to address problems of online viewability, brand safety and fraud, the move to biddable is propelling digital advertising at double-digit growth rates.

India’s retail sector is growing and modernizing and will nearly double in size between 2016 and 2019 to meet the needs of consumer appetites as their expenditure grow between 12% and 15% year over year between 2017 and 2020. E-commerce advertising is expected to grow fast as the market matures. Online shoppers will increase from the current 14% of internet users to 50% by 2026. Digital payments are expected to reach USD 500 billion by 2020 and to overtake cash transactions by 2023.

GroupM is the leading global media investment management company for WPP’s media agencies including Mindshare, MediaCom, Wavemaker, Essence and m/SIX, and the outcomes-driven programmatic audience company, Xaxis. Responsible for more than US $108B in annual media investment by some of the world’s largest advertisers, GroupM agencies deliver an advantage to clients with unrivaled insights into media marketplaces and consumer audiences. GroupM enables its agencies and clients with trading expertise, data, technology and an array of specialty services including addressable TV, content and sports. GroupM works closely with WPP’s data investment management group, Kantar. GroupM delivers unrivaled marketplace advantage to its clients, stakeholders and people.

this year next year forecast